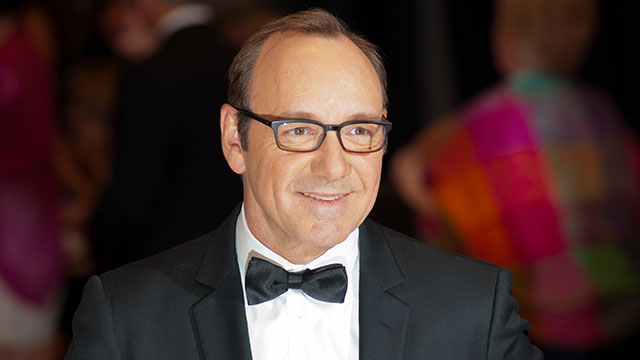 Kevin Spacey was ordered this week to pay nearly $31 million in damages to MRC, the producing company behind Spacey’s former Netflix series “House of Cards.”

The order comes after an arbitrator found that the Oscar winner had breached his contract by violating the company’s sexual harassment policy.

Spacey and his companies, M. Profitt Productions and Trigger Street Productions, have beed ordered to pay $29.5 million in damages as well as $1.2 million in attorneys’ fees and $235,000 in costs. The actor’s net worth is estimated to be in the neighborhood of $100 million.

An arbitrator has awarded MRC, the production company behind “House of Cards,” nearly $31 million after finding that actor Kevin Spacey breached his contract by violating the company’s sexual harassment policy. https://t.co/tmtzhmGOxk pic.twitter.com/ITtYpVCxLx

Spacey responded saying he didn’t recall the alleged incident noting the 30+ years that had since ensued. But he offered his “sincerest apology for what would have been deeply inappropriate drunken behavior.”

Spacey was lambasted by many in the LGBTQ community for coming out as gay in his statement in what seemed to be an attempt to deflect from the serious accusation.

A week later, several people who worked on “House of Cards” spoke out saying Spacey had created a toxic work environment allegedly inappropriate touching, predatory behavior and making crude comments. Those staffers were reportedly young and male according to CNN.

Production on Season 6 of “House of Cards” was halted and Spacey was immediately suspended pending an investigation.

Variety reports that two episodes of the sixth and final season were in production, and most of the season had been written. Ultimately, those episodes were scrapped and the entire season, now reduced from 13 to 8 episodes, had to be rewritten. Spacey’s character, Frank Underwood, was written out of the show.

MRC filed its demand for arbitration in January 2019 seeking to recoup the massive costs involved in scrapping the episodes that had been shot and rewriting the entire season. Spacey responded with a counterclaim accusing MRC of wrongfully terminating his contract.

Following the immediate dismissal of its lead star following sexual abuse allegations, Netflix and the team behind House of Cards were forced to make some drastic changes to its show in an effort … pic.twitter.com/Vum12SUncI

After attorneys on both sides interviewed more than 20 individuals, an arbitration hearing was held in February 2020. Six months later, in July 2020, the arbitrator issued a 46-page ruling in MRC’s favor.

“With one exception, the Arbitrator found the third party witnesses to be credible, and found the allegations against Spacey to be true,” reads the decision per Variety.

The arbitrator also determined that due to “egregious breaches of contract” by Spacey, he and his companies were on the hook for MRC’s hefty additional production costs. And so, Spacey was ordered to pay the bill.

Spacey is on the hook for tens of millions now. https://t.co/T77Xqul5zS

After the arbitration award was upheld in an appeal, MRC filed a petition on Monday in Los Angeles Superior Court to confirm the award.

Neither Spacey nor anyone in his camp have issued a statement since the petition was filed.

Circling back to the beginning of the sad tale, Rapp has since filed a lawsuit against Spacey in federal court and that case is still pending.

A criminal case against Spacey brought a young man in Massachusetts was eventually dropped. And a civil case filed in Los Angeles against the actor was also dismissed after the accuser died.