• Boy Culture: Madonna showed up at NYC’s Terminal 5 last night to promote the 16-track abridged edition of Finally Enough Love (out today) ahead of the 50-track version due out in August. END_OF_DOCUMENT_TOKEN_TO_BE_REPLACED

In August 2017, out musician Wrabel released his powerful music video for “The Village” as a sign of solidarity with the transgender community in the aftermath of Donald Trump’s ‘out of nowhere’ decision to ban trans military service members.

Beginning with this quote, “In nature, a flock will attack any bird that is more colorful than the others because being different is seen as a threat,” the video follows a young transgender man’s journey into self-acceptance.

The mournful tune focuses on issues of isolation that arise with the exploration of one’s sexuality and identity.

The lyrics urge the listener to remember there is nothing wrong with them. The issue is with those who treat them differently.

At the time, Wrabel sent this message to the LGBTQ community:

“To anyone that feels like an outsider, the problem isn’t you, it’s the village. I don’t know how else to raise my voice than in a song. And so, I wrote a song for you. #transrightsarehumanrights #thevillage” 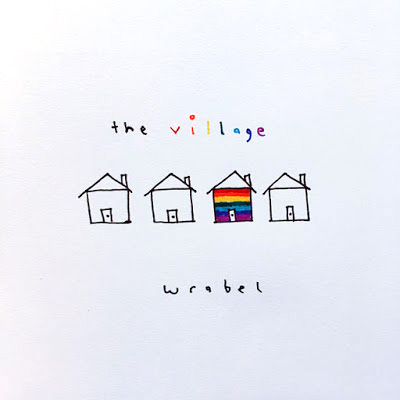 Funny/smart guy Michael Henry takes a look at a longstanding conflict in the LGBTQ community: Does kink belong at Pride? Should Pride attendees reflect sexual expression? Or should it be a sanitized version for suburban sensibilities? END_OF_DOCUMENT_TOKEN_TO_BE_REPLACED

In a 6-3 vote, the U.S. Supreme Court has overturned its own historic Roe v. Wade ruling which made abortions legal in the U.S. And yes, the ruling is pretty much what we’ve been expecting for months. END_OF_DOCUMENT_TOKEN_TO_BE_REPLACED

Alt-folk singer-songwriter, EVVAN, has released her new single, “Craving,” in celebration of Pride Month. With echoes of Pat Benatar and Stevie Nicks, “Craving,” is a nostalgic pull to the 80s pop/rock era. END_OF_DOCUMENT_TOKEN_TO_BE_REPLACED

• The Advocate: A new report from GLAAD found a sharp increase in the number of LGBTQ+ Americans reporting they’ve experienced discrimination. Seventy percent of respondents in this year’s study say they’ve experience discrimination due to their sexual orientation or gender identity. That’s up from 59 percent in 2021 and 46 percent in 2020. END_OF_DOCUMENT_TOKEN_TO_BE_REPLACED

GALECA: The Society of LGBTQ Entertainment Critics, now comprised of 385 professional critics and journalists covering film and television, has announced its 14th Dorian TV Awards nominations for the best in all of TV, mainstream to LGBTQIA+ content. END_OF_DOCUMENT_TOKEN_TO_BE_REPLACED

The bipartisan legislation aiming to reduce the number of mass shootings in the U.S. Senate advanced past a key procedural hurdle Thursday, as the Senate voted to close debate and move toward a final vote.  The bill combines modest new firearms restrictions with $15 billion in mental health and school security funding. END_OF_DOCUMENT_TOKEN_TO_BE_REPLACED

The Biden administration has proposed a sweeping overhaul of Title IX that would bar schools and universities from discriminating against transgender students, and bolster the rights of victims and widen colleges’ responsibilities in addressing sexual misconduct. The revisions would undo changes made by the Trump administration. END_OF_DOCUMENT_TOKEN_TO_BE_REPLACED

A public library on Long Island has voted to remove “all Pride displays” as well as all books related to LGBTQ Pride from its children’s sections. END_OF_DOCUMENT_TOKEN_TO_BE_REPLACED