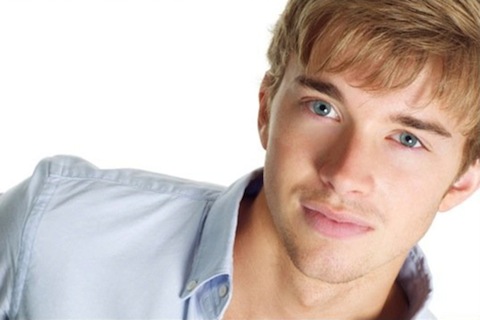 Chandler Massey snatched his second consecutive Outstanding Young Actor Daytime Emmy for his role as gay teen Will Horton on Days of Our Lives on Sunday.

He beat out his on-air boyfriend Sonny Kiriakis, played by Freddie Smith, who Massey called a “phenomenal” actor and person. Massey’s win last year marked the first time an actor won for portraying a gay character, while this year he won for Will Horton’s coming-out storyline, seen above.

Visibility of gay characters helps improve the support the LGBT community receives from the rest of the world.  An Ipsos poll for Reuters shows in countries and communities where people knew someone gay, support was higher and more broad.  In countries where gays and lesbians hide due to shame or fear, acceptance dropped dramatically.

During his senior year, Belton High School’s 2013 Salutatorian Mitch Anderson had a GPA of 112.2, and scored a perfect PSAT score in his junior year. He said when he found out he would be the senior class salutatorian, he immediately began thinking about what he would say to his graduating class. He decided to “come out” at his high school graduation in his salutatorian speech, a decision Anderson said “felt natural.”

The ceremony took place at the Bell County Expo, in Belton on Thursday, with the largest graduating class in Belton High School’s history. But Anderson said he was intimidated by the crowd.

“Once I got up there and stared talking, I felt completely fine,” Anderson said of Thursday’s night speech at the Bell County Expo. He said he told no one of his plans to come out during the speech.

In his speech, Anderson addressed his struggles with coming out and finding acceptance with who he is.

“I myself am guilty of self-doubt, relying on others to give my life definition,” he said in his speech, “But that time has passed, and I feel the moment has arrived for me to be publicly true to my personal identity. So now, I can say, I’m gay. It is both a significant portion of who I am and an inconsequential aspect. It’s as natural and effortless to me as breathing. I couldn’t change myself even if I wanted, and believe me, I have.

He said no one, not even his parents and close friends, knew he was gay prior to the speech. So far, the teenager said reaction has been positive.

“I’ve received so much support and kindness,” Anderson said of fellow classmates and others. “Knowing that [people] found the speech inspirational has been really amazing.”

As for what inspired him to come out, Anderson said pop culture icons such as Madonna, Lady Gaga and Star Trek star Zacharay Quinto all played a role in helping him feel confident about his identity.

“They are all about standing up for who you are, being different, being unique,” he said. “They’ve gotten strong positive reception for their [actions].”

Anderson said he was aware of some negative reaction directed towards the speech, mostly posted on various community Internet message boards. Some expressed that it was wrong for the student to use the opportunity to make the speech about himself. Anderson noted that Valedictorian Jacob deKeratry also spoke about his own personal experiences as a teenager.

“I didn’t make the speech all about me,” he said. “It’s about acceptance, about celebrating everyone.”

Twins Jason and Jarron (“the straight one”) Collins bring some humor to what might be one of the year’s biggest sports and LGBT stories in a sit-down with Jimmy Kimmel.

When asked if the “coming out” experience was positive, brother Jarron jumps in to share that Jason went from 3,000 Twitter follwers to over 100K in 24 hours.

Yeah, I think folks are not having a big problem with Jason.

There. See? All good.

“When is the right time to tell someone a secret? This is my coming out story.” – by Hamish Steele

Sweet. And quite accurate portrayal for many people. My coming out to my best friends was much like this.

And then, it’s done. And life goes on.

Ben Shapiro has a big problem with Jason Collins being called a “hero.”

Upon Jason Collins’ historic coming-out, Shapiro took to Twitter to decry the calls of heroism being lauded at the NBA center — a popular trend among straight white men who never had to come out as anything in their lives.

Piers Morgan took Shapiro to task on his CNN show for his insensitive comments, at which Shapiro accused the Piers of hating America by thinking that we’re all just a bunch of homophobes:

Shapiro: “Let me ask you something. Why do you hate America so much that you think this is such a homophobic country that when Jason Collins comes out it is the biggest deal in the history of humanity? President Obama has to personally call him to congratulate him.”

Answers Morgan: “I think you might be homophobic simply because you said, why is Jason Collins a hero because he’s gay? Why sneer at a guy for coming out when he’s being courageous?”

Says Shapiro: “I’m Jewish. I wear a yarmulke on TV. There’s a lot of anti-semitism… Being who you are in 2013 in America is what America is about. It is not heroic to be who you are publicly. I’m glad for Jason Collins if he feels that he’s going to live a happier life now. But it does not make you a hero to be who you are.”

I personally can’t stand the sound of Shapiro’s voice.  It’s like nails on a chalk board.  To think people actually listen to him on the radio and such is difficult to fathom.

UPDATE: After the segment aired, super-star movie stud Chris Evans, who has a gay brother, tweeted this:

Gregory Miraglia, an openly gay ex-police officer, recently joined HuffPost Live to chat about why he kept his sexuality a secret for over two decades while on the force.

Miraglia founded Coming Out From Behind The Badge, an organization as well as a set of books
that offer advice on how to cope with the course of coming out in
career industries such as police departments and fire departments.

“I learned the first hour that I walked in the door of the police
department that you could not be out and gay, working in law enforcement
and be successful,” he said, while explaining his personal journey. “So
I just kept it very quiet and very hidden.”

Robbie Rogers, pro soccer player who retired and came “out” last February looks like he’s testing the waters in terms of a return to the “beautiful game” by currently training with the LA Galaxy.

Perhaps with the huge support Jason is seeing, Rogers may be rethinking the retirement thing.

“I think I was surprised like everyone else. Obviously, I know what it is like going through being gay and being a professional athlete and being closeted and all the emotions and all the thoughts that go through your mind. I don’t know him, but I was very happy and proud for him.

“But most of all, I was happy that our society gave him such a positive response including athletes from all over the world on Twitter. Society is really changing, people are moving along and accepting gay athletes and I think more athletes will follow in his footsteps.

“We will see what happens, but it is definitely a positive step. You can’t just say to someone, ‘Come out, come out,’ it really depends on them.” 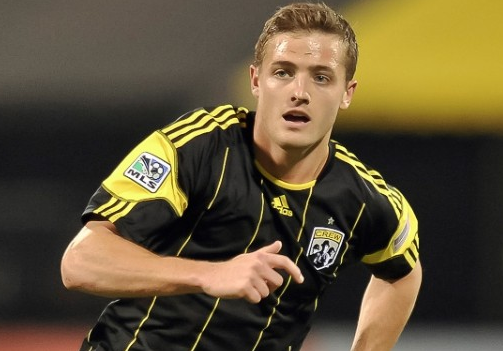 Charles Barkley, who’s been a vocal supporter of the LGBT community for some time now, celebrated Jason Collins’ coming out announcement last night on TNT’s Inside The NBA. END_OF_DOCUMENT_TOKEN_TO_BE_REPLACED

NBA player Jason Collins talks to Good Morning America‘s George Stephanopoulos about his “coming out,” his aggressive style of play, the support he’s received and why he chose to wear number 98 this past season.