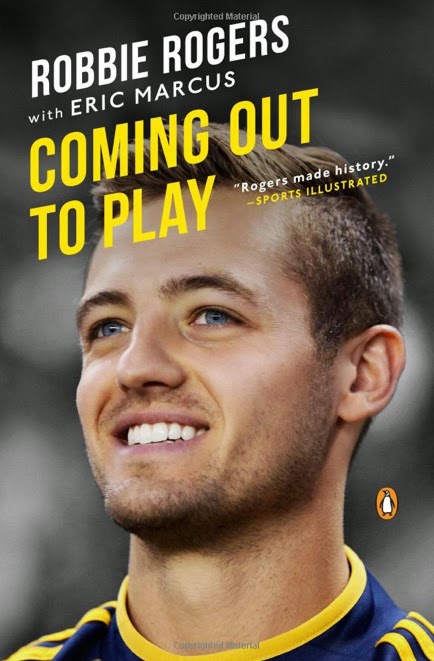 Pro soccer player Robbie Rogers recently shared that expected more professional athletes to follow him out of the closet once he came out.

With Jason Collins retiring from the NBA and Michael Sam currently without an NFL team, Rogers is the only out pro athlete at this time:

“To be honest, I thought when I came out and Jason and Michael, I thought there’d be a chain reaction,” Rogers told the AP.

“It’s been a lot slower. I guess that just reminds me how big a problem it is in sports culture with homophobia. They don’t feel comfortable.”

“There are a number of gay men playing professional sports, just not out,” he added. “In the end, it’s really about guys coming out and changing the atmosphere by being in it. You definitely need to create the environment first where guys feel comfortable.”

Rogers is currently promoting the release of his memoir, In Coming Out To Play, released by Penguin Books and co-written by Eric Marcus. Rogers shares his story as a “troubled isolated child” to becoming the first openly gay male professional athlete. You can check it out on Amazon.