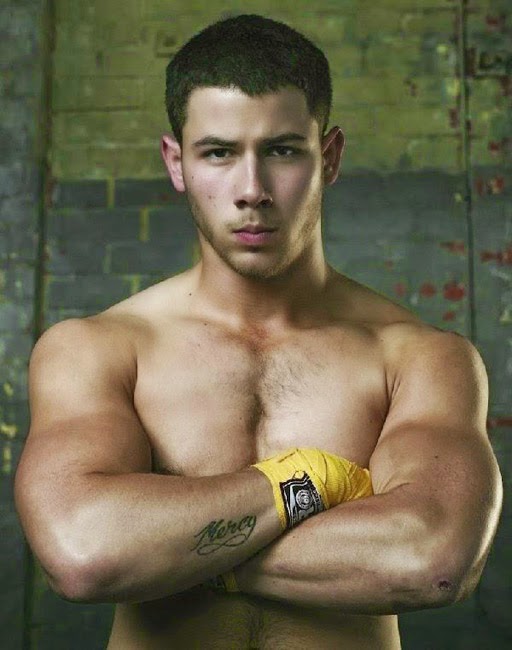 In the season finale of DirecTV’s new series Kingdom, the character of MMA fighter Nate Kulina (played by the very hunky Nick Jonas) has an epiphany that had been hinted at for months – that “Nate” is gay.

The reveal may have surprised viewers, but the actor has known about Nate’s sexuality since Day 1. “Byron [Balasco, Kingdom creator] told me before shooting began,” Jonas told BuzzFeed News exclusively during a recent phone interview. “Everyone at Kingdom was really transparent about the character and some of the things the character would go through. And in my prep work, I wanted to be aware so I could properly tell this story.”

“For me, it was important to maintain the stakes for Nate,” the 22-year-old actor and singer continued. “He lives in a world of fear — fear of disappointing his father, both in the cage and outside of the cage — and he carries that pressure with him in so many ways. I think it’s something a lot of people can relate to.”

“I’ve really been trying to make an effort to talk with my gay fan base and find unique opportunities to set up the next chapter of my life and my career with them in it,” said Jonas, who’s recently performed at gay clubs and made headlines with Marky Mark-esque photoshoots. “The attitude I take in the stories I want to share and my personal life and my view is that I think we’re in a time where there’s a new progression. For all people of all walks of life to accept all people … I’d be thrilled if I’m any part of that.”

Kingdom has been picked up for 20 more episodes which will air in two 10-episode seasons beginning again in Spring 2015.