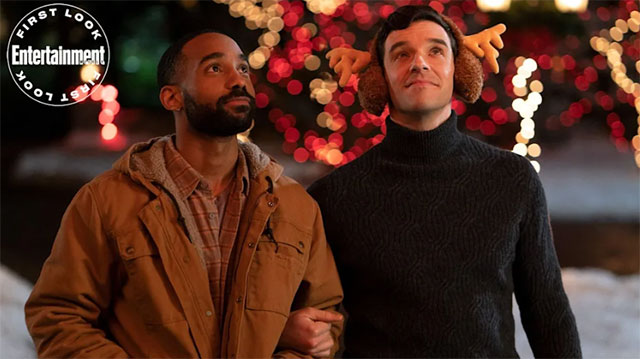 • GQ Magazine UK: Billy Porter on the Actors Fund of America when he found out he was HIV positive: “They showed up for me and saved my life. I’m so grateful that there was some place for me to go where I was not shamed but instead lifted up and supported so I could get back on my feet. And now look at what has happened, all because someone cared enough to help.”

• It Gets Better: More than 95% of the high school and college athletes surveyed regarding their coming out experience said their teammates’ responses were overall “neutral” to “perfect.” Only 4.6% of survey respondents said their overall experience coming out to teammates was “bad” or worse.

• Politico:  Former Trump advisor Steve Bannon may face criminal contempt of Congress charges for refusing to turn over documents related to the January 6 insurrection as subpoenaed by the House committee handling the inquiry.

• NBC News: President Joe Biden and White House officials on Friday formally rejected Donald Trump’s request to withhold documents from the House committee investigating the January 6th Capitol attack. “An assertion of executive privilege is not in the best interests of the United States.”

• Variety: Superstar chef Bobby Flay and Food Network are poised to part ways after a 27-year run that has made the restaurateur and businessman one of the country’s most recognizable culinary figures.

Bobby Flay and Food Network's 27-year run is posed to get chopped. https://t.co/k5gKAEilGB