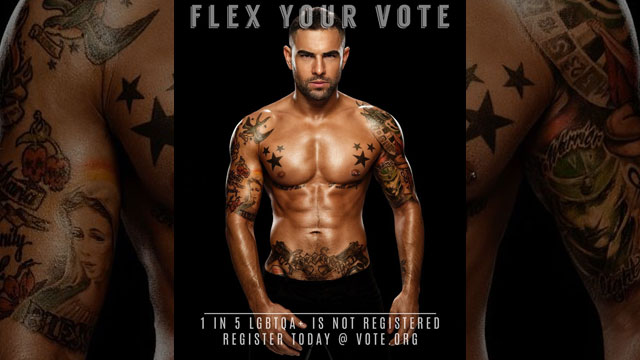 Today is National Voter Registration Day, so just in case…here’s some info you might want to use.

So many people believe their one vote may not matter in elections, but they do. How do I know? Check this out.

Donald Trump won Michigan, Pennsylvania, and Wisconsin  – all three – with less than one percent of the vote.

LESS THAN ONE PERCENT.

He won Florida by less than 2 points.

But, check out how many LGBTQ voters there were that not only didn’t vote but didn’t even REGISTER to vote. 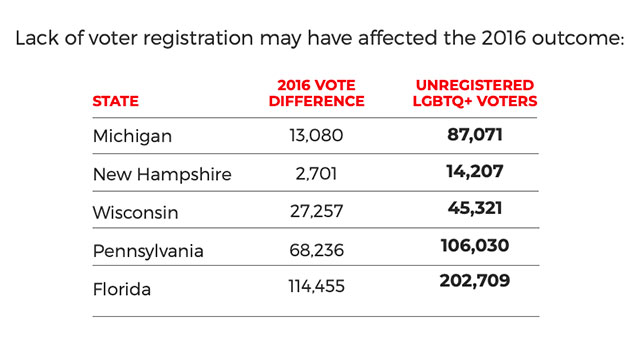 Clearly the LGBTQ vote could – and should – make a difference.

VoteProud.org is a non-partisan movement to inspire the LGBTQ+ community to register and vote. Working to combat voter apathy among all marginalized Americans, their movement demands all citizens are treated equally.
​
The group has partnered with When We All Vote, a non-partisan voting effort co-chaired by Michelle Obama and several other influential voices who are changing the culture around voting using a data-driven and multifaceted approach to increase participation in elections.

If you click over to VoteProud, you can easily check your voter registration or – if you’re not registered already – do it right there.

We are weeks away from the single most important thing we can do this decade. If we cannot mobilize every single person we know to vote, we will suffer unprecedented oppression and hatred for the next 4 years and beyond. The earth will be stripped of its resources leaving the next generation with nothing. We will all be stripped of our rights as minorities, LGBTQ people, women and pretty much everyone else whose net worth is less than $20 million. If we can each inspire 1 person to vote, we can say that we did something. Doing nothing is no longer an option. PLEASE REQUEST YOUR MAIL IN BALLOT AT WWW.VOTE.ORG TODAY! I will personally shout out every single person who DMs me a pic of their Absentee ballot application form. I long for a time when we aren’t motivated by hatred and divisiveness. We can have it but ONLY OF WE TAKE IT! Rest In Peace #ruthbaderginsburg #VOTE #MIKERUIZ #absenteeballot #mailinballot #votebymail #LOVE 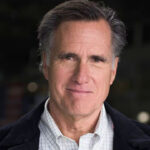 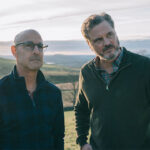 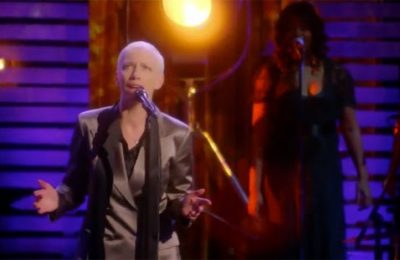 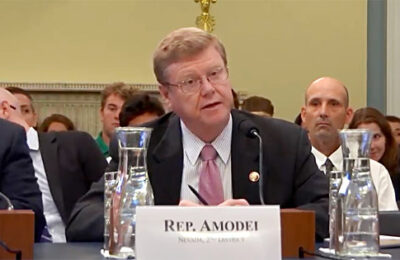