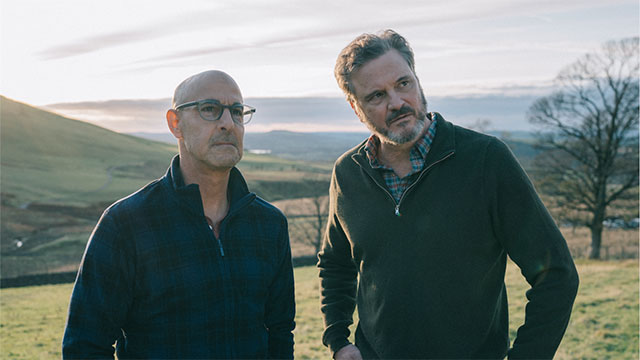 In the upcoming romantic drama Supernova, a gay couple, together for 20 years, set out on a road trip in an attempt to revisit their past as one of the men is slowly losing the ability to remember due to early-onset dementia.

Today we get our first look at the film starring Oscar winner Colin Firth (The King’s Speech, A Single Man) as Sam and Oscar nominee Stanley Tucci (The Lovely Bones, The Devil Wears Prada) as Tusker, a loving couple who in the two years since Tusker’s diagnosis have seen their lives change.

Putting their careers on hold – Sam is a classical pianist and Tusker a celebrated novelist – they decide to travel the country in a cluttered RV reconnecting with family and friends. But soon it becomes clear the two have diverging ideas on how to face their future. 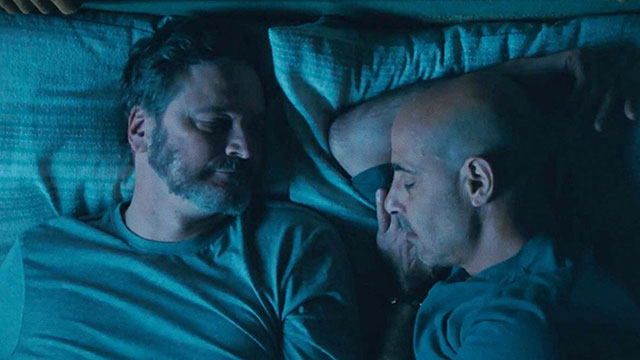 “‘Supernova’ is a deeply romantic, modern love story,” writer/director Harry Macqueen told Variety when the film was announced in October 2019. “It follows two people who are bound together by their love for each other but being pushed apart by the situation they find themselves in.”

Macqueen described the movie as “an intimate, naked portrayal of a relationship facing a fissure that threatens to cut it to its very core.”

In the trailer, Tusker stands at a family dinner to address his failing faculties, but the writer finds he’s unsure about reading his own words.  And as Sam steps up without pause, we are devastated.

We also get cute ‘longtime couple’ moments that put the two stars’ chemistry on display like when they share a narrow bed or, while traveling in the RV Tusker asks Sam is they could perhaps “explore the outer regions of 5th gear.”

In his review for Variety, Guy Lodge writes, “As a couple staring down the barrel of early-onset dementia, a peak-form Firth and Tucci give nuance and ballast to Harry Macqueen’s small but beautifully formed sophomore film.”

Writing for The Guardian, Peter Bradshaw was effusive in his praise: “The veteran pair are on magnificent form in a drama about love and mortality that is all the more powerful for its restraint.”

And noting the “two finely calibrating performances,” The Hollywood Reporter’s Stephen Dalton observed, “It is also refreshing, even in 2020, to see a drama about a gay couple that does not make sexuality a key theme or problematic plot point.

The film is premiering today at the San Sebastian International Film Festival in Spain and is also slated for its UK debut on October 11 at the BFI London Film Festival.

Expect to see the film’s release in time for the upcoming awards season as the duo (who each raise the daddy factor in the film) are already generating a lot of honors buzz. 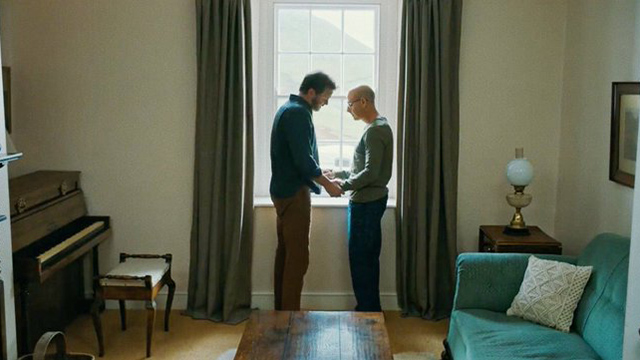