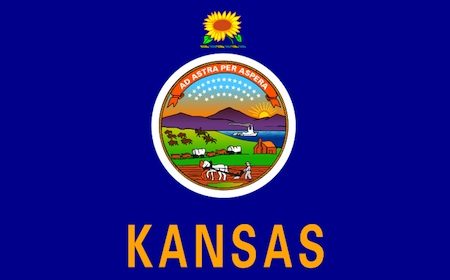 The biggest surprise of Tuesday’s round of primaries across the nation was voters in Kansas, arguably one of the most conservative states, voting AGAINST a referendum to end the state constitutional right to an abortion by a huge margin.

The Associated Press called the race at 9:40 p.m. The vote “no” campaign led 59% to 41% after all precincts in the state had reported.

And it wasn’t just blue counties voting against the measure. Rural counties like Lyon and Franklin also saw the referendum go down by significant margins.

Kansas’s supreme court has ruled that the state constitution guarantees the right to an abortion in the state. But conservative activists created the ballot question to roll back that protection so that abortion could be banned in the state.

The anti-abortion folks put the ballot initiative on a midterm primary ballot, which generally has low turnout, assuming older and more conservative voters would carry it though. The bet wrong.

This was the first test of Americans temperature on abortion rights since the U.S. Supreme Court reversed Roe v. Wade in June. I guess we’ll see in the future if voters in Kansas were a bellwether on the issue of abortion rights or not.

President Biden on the Kansas abortion vote: “This vote makes clear what we know: the majority of Americans agree that women should have access to abortion and should have the right to make their own health care decisions. Congress should listen.”

This is huge: abortion rights were on the ballot for the first time since Roe, and the people of Kansas voted to preserve access. I’m grateful down to my toes for everyone who helped stop this dangerous ballot measure in its tracks. https://t.co/krqSdoK4E2

Dorothy: We’re not in Kansas anymore.
Abortion rights voters: Oh yes we are.

turnout in very red Kansas today was roughly TWICE as high as a typical primary. if voters there do reject a statewide ban on abortion, it’ll be an early harbinger that the GOP has maaaassively overreached. pic.twitter.com/AOo0EXj9r7