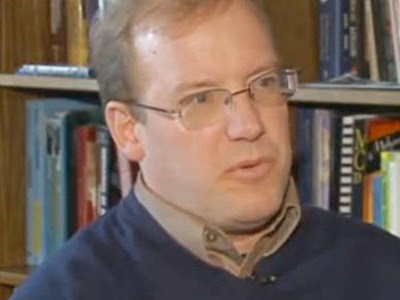 For no good reason that would add up to any common sense, virulently anti-gay Peter LaBarbera was invited to be a guest on Alan Colmes radio show yesterday.

LaBarbera runs the “Americans for Truth about Homosexuality” which is a classified as a certified hate group by the Southern Poverty Law Center.

While talking with Colmes, LaBarbera stated that children would “be better off in a single-parent household because you’re not modeling homosexual behavior.”

LaBarbera is not a trained sociologist, a child psychologist, or — as far as I know – any other certified or trained professional practitioner of psychiatry, child rearing, or family development, so why in the world anyone would even ask his opinion on the raising of children is a puzzlement.

According to sources, the only “designation” he has earned is a BA in Political Science.  You do the math on that one.

You can listen to the exchange below:

To further underline LaBarbera’s less than informed positions, Right Wing Watch notes that LaBarbera “was left speechless when Colmes asked him to spell out his plan to ban homosexuality.”

LaBarbera repeatedly refused to answer Colmes’ question about what he thinks the punishment for homosexual behavior should be, finally admitting: “I don’t know what the punishment should be.”

“So you want these laws on the books but you don’t know what to do about them?” Colmes asked. “You keep talking about criminalizing sodomy and using the country of Jamaica as a model for that but you’re not telling me how you would enforce it and then what the punishment should be. So you don’t have a well-rounded idea of how to approach the idea of criminalizing it.”

In Jamaica, where LaBarbera campaigned for the preservation of the country’s stringent anti-gay laws, homosexuality is punishable up to ten years in jail.

Listen below as Colmes repeated asks how such anti-gay laws would be enforced and what the punishment would be.  LaBarbera is so caught up in hating the gays, he hasn’t gotten to how he punish them.  I’m guessing he’s of the “arrest first, figure the rest out later” kind of hater: