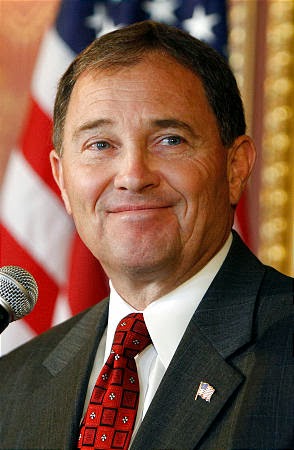 Utah governor Gary Herbert’s office late Tuesday informed state agencies that marriage licenses issued to same-sex couples in the state are not valid, and to not to recognize those marriages until the courts advise otherwise.

From the letter signed by Gov. Herbert’s chief of staff:

With the district court injunction now stayed, the original laws governing marriage in Utah return to effect pending final resolution by the courts. It is important to understand that those laws include not only a prohibition of performing same-sex marriages but also recognizing same-sex marriages.

Based on counsel from the Attorney General’s Office regarding the Supreme Court decision, state recognition of same-sex marital status is ON HOLD until further notice. Please understand this position is not intended to comment on the legal status of those same-sex marriages – that is for the courts to decide. The intent of this communication is to direct state agency compliance with current laws that prohibit the state from recognizing same-sex marriages.

The legal ramifications on this decision are wide-ranging.