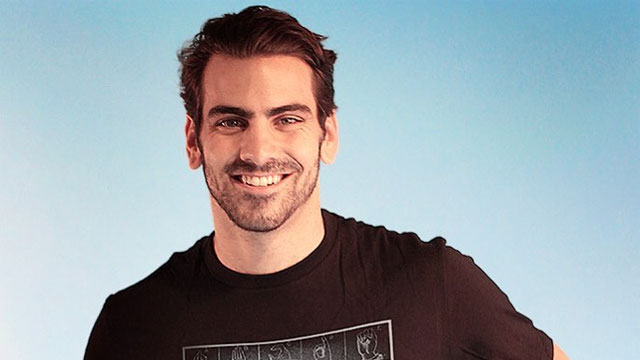 Just in time for Christmas, Dancing with the Stars and America’s Next Top Model champ Nyle DiMarco saw his 2019 hit its peak when a favorite celeb chimed in on his Twitter.

As a member of the Deaf Community, the dashing DiMarco is a big advocate for American Sign Language (ASL). It’s estimated that there are 70 million Deaf people in the world, but only two percent have access to education in sign language leaving millions without the education they need.

DiMarco often shares some phrases of ASL with his Twitter followers to encourage more people to learn the visual language.

Two days ago, he began a thread showing folks how to sign the title of Mariah Carey’s blockbuster holiday hit, “All I Want For Christmas Is You.”

The ASL challenge was Nyle’s way of celebrating Mariah’s newly-anointed 19th No. 1 single for its 25th anniversary this holiday season. And he asked folks to video themselves signing the phrase and post it on the thread.

ALL I WANT FOR CHRISTMAS IS YOU:
A CHALLENGE.

Next thing you know, Nyle is getting videos from all over the United States and around the world.

All the way from India! pic.twitter.com/dfYlGz5Akn

The best performance yet!!!! pic.twitter.com/sMl97TJYbv

But then, Mariah herself took note of the viral Twitter-fest:

And Nyle’s mind was officially blown:

The actor/activist was still in a giving mood as he shared his last mirror selfie for the decade:

the last mirror selfie of the decade 🚀🤟🏼