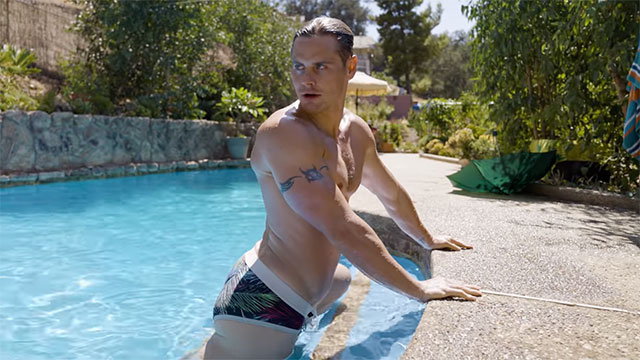 The latest installment of the ‘Bad Boy’ web series finds Hollywood writer Scott (series creator Artie O’Daly) attempting to enjoy a relaxing getaway only to have complications – like a possible murderer lurking about – interrupt his solitude. END_OF_DOCUMENT_TOKEN_TO_BE_REPLACED 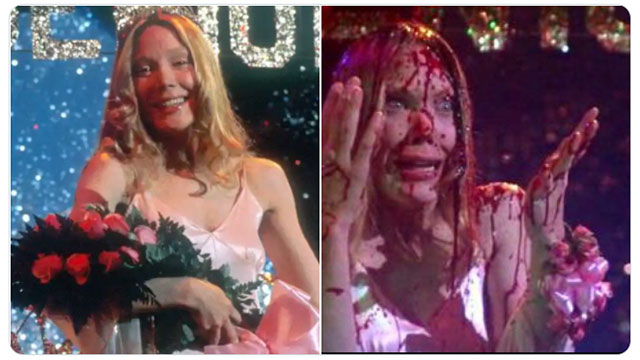 It seems like such a short time ago the pandemic would be pretty much behind us as the highly-effective vaccines arrived. But a new meme theme trending on Twitter demonstrates how the Delta variant showed up and unexpectedly changed our plans for the fall. END_OF_DOCUMENT_TOKEN_TO_BE_REPLACED 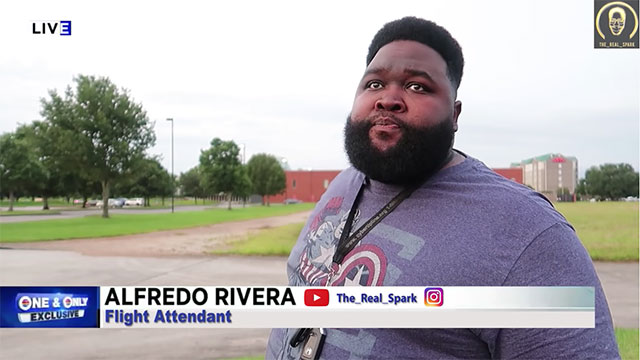 You may have heard about the unruly man on a Frontier Airline flight that ended up having to be duct taped to his seat? Flight attendant Alfredo Rivera speaks out about the incident. END_OF_DOCUMENT_TOKEN_TO_BE_REPLACED 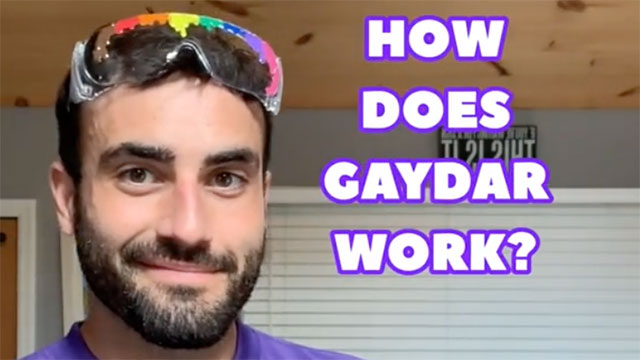 “Sharing a similar science to earthquakes, gay people send and receive small vibrations through the ground that only they can feel at the same frequency as Mariah Carey’s whistle-tone.” END_OF_DOCUMENT_TOKEN_TO_BE_REPLACED 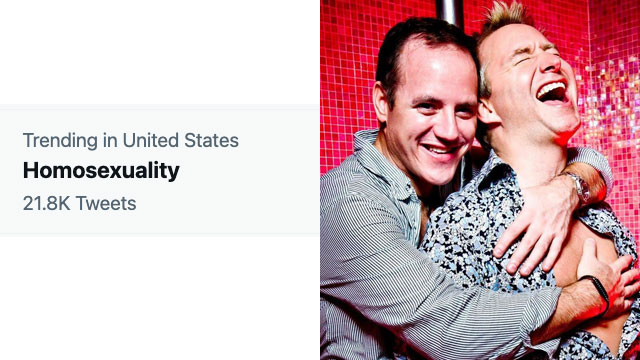 The word ‘homosexuality’ is currently trending on Twitter as I write this with nearly 22,000 recent tweets using the term.

And no one really seems to know why.

But you know the gays, lesbians, and bis are all having it anyway turning the moment into a fun ‘homosexuality’ free-for-all.

Just a sample of the what’s what going on:

#Homosexuality is trending. You're welcome. pic.twitter.com/xV0EkspgeQ

Homosexuality is trending and it reminds me of the last time a street preacher shoved a bible in my face and told me “not to practice homosexuality” and I just said “Oh I don’t need practice, I’m already GREAT at it.”

Since #homosexuality is trending I figured I would send my pride puppy into the world #fiercequeen pic.twitter.com/UkrrxgaYKw

Did someone ask, "Name something—other than abortion—that conservative 'Christians' are obsessed with but that Jesus never even bothered to mention"?

Homosexuality: trend it, don't end it.

Homosexuality is trending in July ? After pride month? Yaaaaas. The gay takeover has commenced #thegaysecretagenda pic.twitter.com/CibWt3NWPt

Why is #Homosexuality treading?

Since #homosexuality is trending it would be a perfect time to remind folks that my now-husband and I went to jail in 2012 after being refused a marriage license in Texas. pic.twitter.com/W7HeD0acS0

Homosexuality is trending so let me remind you all that you are all legit ❤️ pic.twitter.com/wkq5wMnGdR

Homosexuality is trending, so here’s a dose of it. pic.twitter.com/V63E9TyMVq

A good time to remind everyone that it isn't a sin.https://t.co/ost34veTcE

I don't know why #homosexuality is trending but here's a photo of me with my kids at @PrideWeHa and we're all very PROUD to be #LGBTQ! pic.twitter.com/PpBEQmjHNM

“Homosexuality” is trending so I’d just like to remind the world that being queer is not a choice but hating queer people IS a choice!!!

Actual footage of me finding out that #homosexuality is trending. pic.twitter.com/U7o6cifaG1

Me: I’m on vacation let me check Twitter and see what’s going on… seeing homosexuality trending

Carry on with your badass gay selves. Back to vacation. pic.twitter.com/5DSatpat1d

Homosexuality is trending on the Twitter, so me and my hubby @MikeCaprio are gonna get up in the #gay goodness. Shout out to all the rainbows! ️‍️‍️‍ pic.twitter.com/QtIUcsFlyx 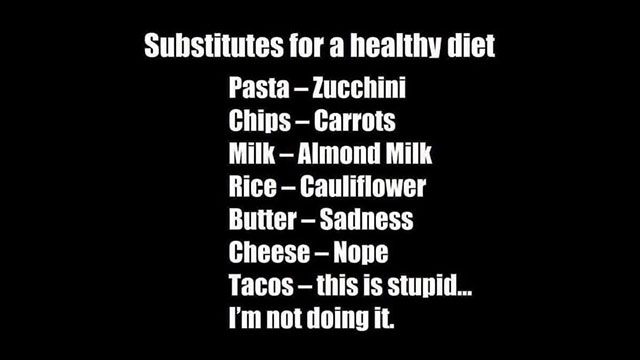 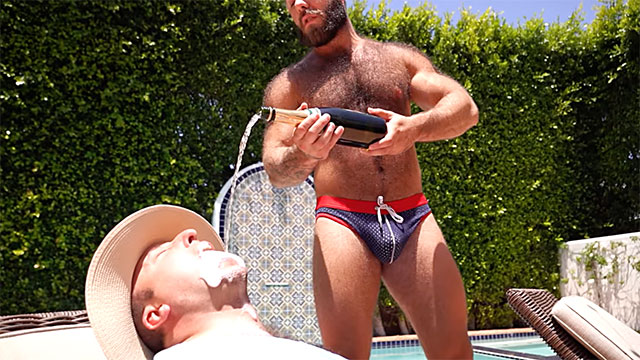 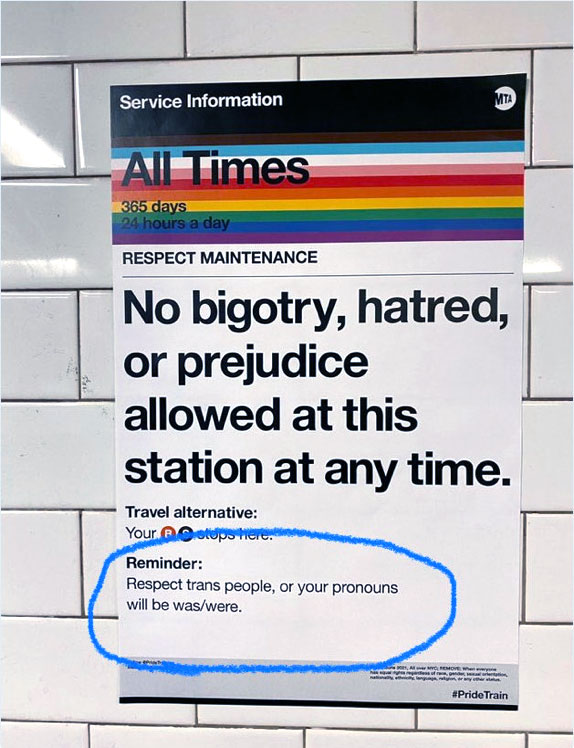 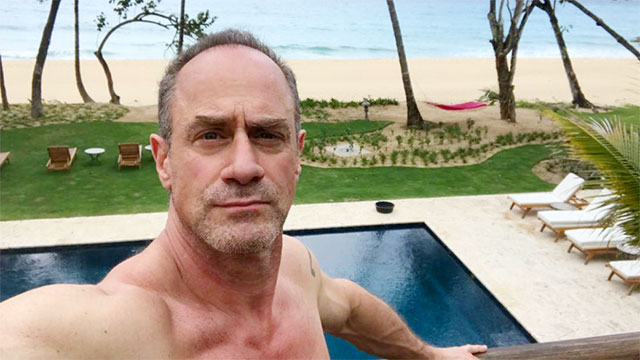 Former Law & Order: SVU star Chris Meloni (now in his own franchise spin-off Law & Order: Organized Crime) has long been on our radar not only for his obvious ‘daddydom’ but that bootylicious backside.

And the fun part of it all is Meloni (and his wicked sense of humor) is totally down with us noticing those marvelous melons.

In a new feature with Interview Magazine, Meloni addresses several topics head-on including how those gonzo glutes came to be.

“This is what has happened,” says Meloni. “I’ve been blessed with glutes that have an attractive shape. But I have a trainer, and we’re going through bodybuilding phases, and where everyone kind of caught me was that I’d been preparing for one year in a very high-intensity weight training program that actually focused on legs.”

Our man Meloni added, “So I guess you could argue that the glute-peeping public are now reaping the benefits of all that hard work.”

Yes. Definitely count us as the ‘gluten-peeping public’ and we publicly applaud the hard work. And Meloni’s sassy Twitter responses are the icing on those ‘cakes.’

Interview also queries our hero on if he really is the ‘zaddy’ we see him to be. (The Urban Dictionary defines zaddy as a “handsome, fashionable, sexy man with swag.”

True to form, Meloni is straight-up on the label: “I’ve been called that a lot, and who am I to argue with it? Sure, I’m a zaddy.”

Interview also features Meloni in a retro-style photoshoot capturing some tongue-in-cheek workout pics while he addresses other topics like his ‘favorite tool in the house’ and more.

While we’re here, for a little #FBF action, let’s peruse just a bit of Meloni’s social media where he puts some of that swag on display. #BestButtInPrimeTime 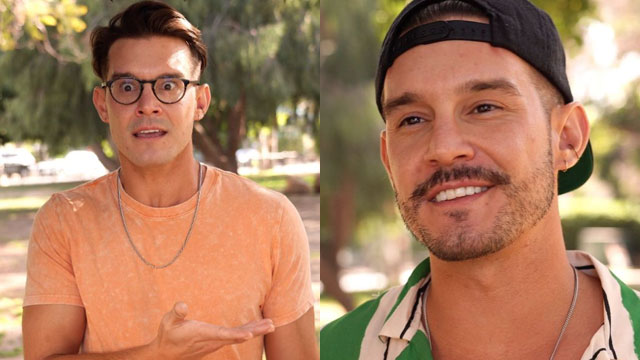 Have you ever noticed some gay couples look like they are dating twin versions of themselves?

Some folks might use the term ‘doppelbangers’ but funny man Michael Henry has his own term for the scenario.

In his new short film, Henry is out walking in the park with Frank (Michael Fariss) who shares the news that he’s seeing someone new who is nothing like his usual boyfriends.

Declaring he’s totally over the “generic WeHo type,” Frank describes his new boo Hank as “rough around the edges,” “exotic,” and having “extra ‘cushion for the pushin.’”

However, the new beaus completely disagree. Hank points out that Frank wears glasses, and Frank points to Hank’s scruff as another defining difference.

Henry’s take is that gays who dates guys who look like themselves are narcissists who just want to have sex with themselves.

“And I wear hats,” Hank points out.

It is true that some gays are attracted to guys who might have similar tastes in clothes or grooming. But sometimes, current fads and fashions could play a part in the ‘twin’ equation, no?

What do you think, readers? Is it narcissistic to date someone who might look similar to yourself? Or is it just coincidence when a gay couple seems like twins?

Let me know in the comments section.