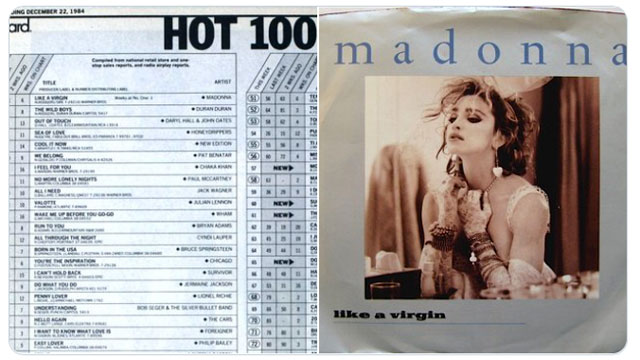 According to Billboard’s Senior Chief of Charts, Keith Caulfield, 35 years ago this week Madonna began her quest to “rule the world.”

The future-pop queen hit number one on the Billboard Hot 100 “for the very first time” with her hit single, “Like a Virgin.”

35 years ago this week, @Madonna hit No. 1 on the @Billboard #Hot100 chart “for the very first time,” with “Like a Virgin.” It spent six weeks atop the chart. https://t.co/Y9cygKYOmv pic.twitter.com/nM3oJEfFUt