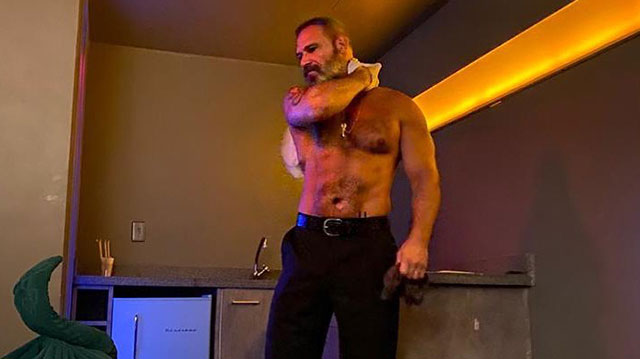 • InstaHunks: Let’s hear it for Broadway’s Jim Newman (above) who definitely knows how to find his light. Follow him on Instagram here.

• CNN: Donald Trump told an ally that he knows he lost, but that he is delaying the transition process and is aggressively trying to sow doubt about the election results in order to get back at Democrats for questioning the legitimacy of his own election in 2016, especially with the Russia investigation.

• HBO Max: The original series EQUAL pays tribute to the epic origin stories of the LGBTQ+ movement. The four-part docu-series captures the true backstories of the leaders and unsung heroes, pre-Stonewall, who changed the course of American history through their tireless activism. Each hour-long episode in the series plays like a thriller, bringing to life the high stakes and hard deadlines of historical events that have not yet been given their due.

In honor of Transgender Day of Awareness, I want to highlight Episode 2 which focuses on the courageous pioneers of the trans movement. Check out the trailer for the series below.

• Out: Two Trump-appointed judges on the U.S. Court of Appeals for the 11th Circuit today overturned a lower court ruling and struck down local ordinances prohibiting licensed therapists from practicing the debunked “conversion therapy” on minors.

• AP: Georgia’s Secretary of State Brad Raffensperger certified results reported by the state’s 159 counties that show Biden won the state by a margin of 12,670 votes.