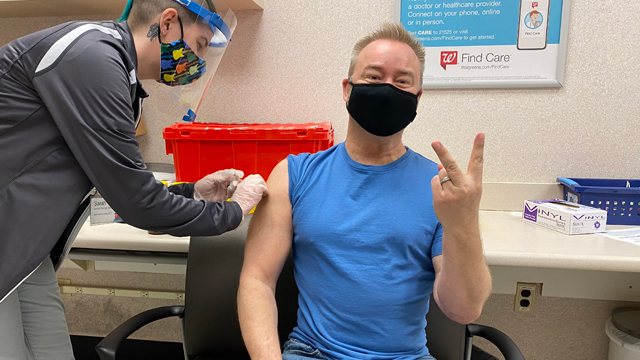 • LGBTQ Nation: LGBTQ people (including me above) have been much better at getting vaccinated than straight people. A new study shows why there are so few LGBTQ anti-vaxxers.

• NBC News: Steve Bannon was indicted by a federal grand jury charged with contempt of Congress for refusing to answer questions from the House Committee investigating the Jan. 6 Capitol riot. Bannon could face up to a year behind bars and a fine of up to $100,000. His case is assigned to a Trump-appointed judge.