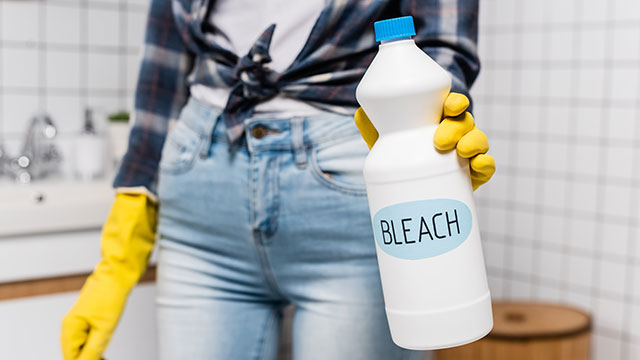 As vaccine mandates lead some hesitant Americans to get their COVID-19 shot, the anti-vaccine movement is pushing “detox” treatments to remove the vaccine after it’s been administered – none of which work.

New (and a particularly wild one) from me + @BrandyZadrozny :

Anti-vaxxers are caving to mandates and getting the shot.

Then they're scrambling to "undo" it by drawing blood, cupping, or… bathing in Borax.

It doesn't work. They're still vaccinated.https://t.co/95ctZ6YTGT

For example, Dr. Carrie Madej, an osteopathic doctor, has posted a video recipe for a borax “detox bath.”

Baking soda and epsom salts, she falsely claims, will provide a “radiation detox” to remove radiation Madej falsely believes is activated by the vaccine. Bentonite clay will add a “major pull of poison,” she says, based on a mistaken idea in anti-vaccine communities that toxins can be removed from the body with certain therapies.

Then, she recommends adding in one cup of borax, a cleaning agent that’s been banned as a food additive by the Food and Drug Administration, to “take nanotechnologies out of you.”

In reality, in addition to being potentially harmful as a skin and eye irritant, a borax “detox bath” will not remove the effects of the Covid vaccine from your body.

Other methods the anti-vax folks push include self-administered cupping therapy after making small incisions on the injection site, as well as trying to “un-inject” shots using syringes.

All of this is dangerous and none of it works.

Angela Rasmussen, a virologist and adjunct professor at the University of Saskatchewan in Canada, told NBC News, “Once you’re injected, the  lifesaving vaccination process has already begun. You can’t unring a bell. It’s just not physically possible.”