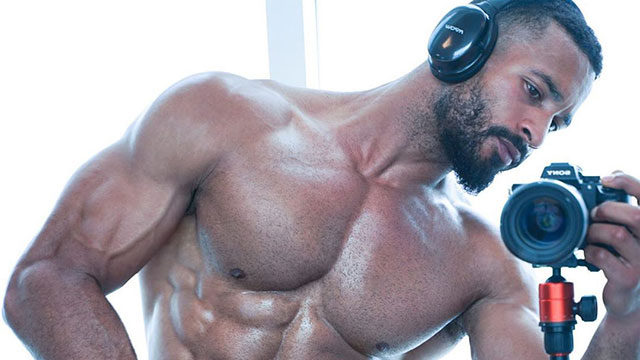 • InstaHunks: Wise words of the day from fitness guy Joel Green (above) – “It’s not about your reflection, it’s what you see beyond it.” #DreamBigger

• Washington Blade: Sara Hegazy, 30, an LGBTQ rights activist from Egypt who was arrested for raising a rainbow flag during a 2017 concert in Cairo died by suicide on Sunday at her home in Canada. She was reportedly tortured for months in prison before an Egyptian court ordered her release on bail in January 2018.

• KIT212: Kenneth’s weekly ‘Wrestle Wednesday’ (below) is really worth the click 🙂

• CNN: Martin Gugino, the 75-year-old protester who was pushed to the ground by two Buffalo, New York police officers earlier this month, has a fractured skull and is still unable to walk, his lawyer said in a statement provided to CNN. Gugino’s attorney passed along a message from the senior protester: “I think it’s very unnecessary to focus on me. There are plenty of other things to think about besides me.”

• NY Daily News: House Speaker Nancy Pelosi has issued an order requiring all lawmakers to wear masks in committee hearings after Rep. Tom Rice (R-South Carolina) announced he and several family members have contracted the COVID-19 virus. Rice has refused to wear a mask at House meetings. Pelosi has ordered the Sargeant at Arms to deny entry by any violators.

• OMG Blog: RuPaul is so good at ‘Family Feud’ he doesn’t even need to hear the question! Watch below.