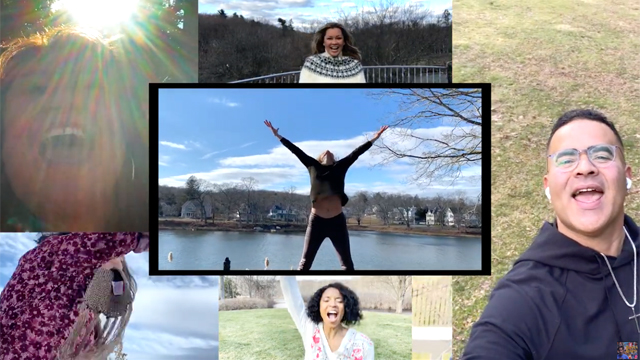 • CNN: Out news anchor Shep Smith has broken his silence about his departure from Fox News. Now at CNBC, Smith says he stayed as long as he did in order to try and counterbalance the misinformation coming out of the right-leaning network.

• Broadway at the Inaugural: I was thrilled to see this beautiful collaboration debut during last night’s Biden Inaugural Concert (above). I know several folks in this but five I have longtime ties with: Tony Award winners Betty Buckley, Chita Rivera, and Leslie Uggams, as well as Tony Award nominees Vanessa Williams and Charlotte d’Amboise.

Charlotte gives you LIFE dancing in the center during the last minute. #LovedIt

• Outsports: 39 current NFL players on 22 teams say they have already had an out gay teammate, including six players with the Arizona Cardinals.

• Instinct Magazine: Tiger King star Joe Maldonado-Passage (a.k.a Joe Exotic) truly believed Donald Trump would issue him a presidential pardon on his last day in office. The Tiger King was so sure the pardon was coming he had a limo standing by to pick him up at the prison.

I was too innocent and too GAY to deserve a Pardon from Trump. I only mattered to Don Jr. when he needed to make a comment about me to boost his social media post. Boy were we all stupid to believe he actually stood for Equal Justice? His corrupt friends all come first. pic.twitter.com/ysGfwnqlHi

• HuffPost: An 18-year veteran police officer, most recently with the Houston Police Department, stormed the U.S. Capitol and then tried to cover his tracks by deleting photos from inside the rotunda and lying about his conduct.

Every four years, we celebrate the beginning of a new administration. It’s the start of a bright new chapter. A time for us all to come together. I’m so grateful to all who worked to create an incredible day – especially in this uniquely difficult year. pic.twitter.com/P3L7OYoANR