• The Guardian: A small-town library is at risk of shutting down after residents of Jamestown, Michigan, voted to defund it rather than tolerate certain LGBTQ+-themed books. The move harms not just readers but residents who use the facility for wifi connections.

Hungarian Prime Minister Viktor Orbán fired up the crowd at the Conservative Political Action Conference with a speech heavy on anti-LGBTQ+ and Christian right rhetoric. https://t.co/FBaZIwtqXG

• Kenneth-in-the-212: Check out Kenneth’s weekly round-up of the what’s what in LGBTQ publications like drag queen supreme Nina West on the cover of Between The Lines. 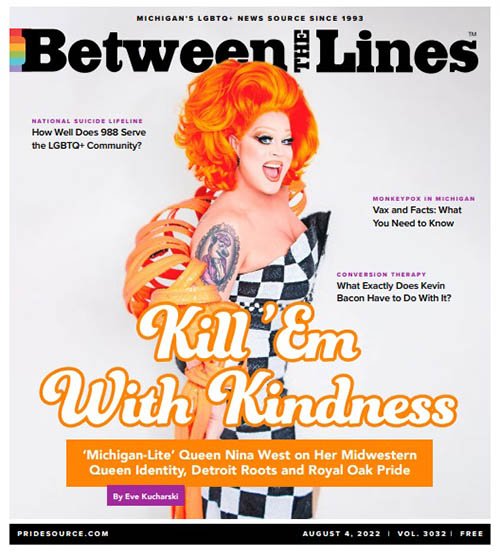 • Law and Crime: Ricky Willden, 41, who unleashed a can of chemical spray on police officers guarding the U.S. Capitol on Jan. 6 has been sentenced to two years behind bars.

In a July ’21 email to #TonyFauci @NIH Thomas Patrick Connally Jr. wrote, “I will slaughter your entire family. You will pay with your children’s blood for your crimes.”
It was neither the 1st, nor last of his threats to the #COVID19 advisor to #POTUS .https://t.co/ledlDiBVPY