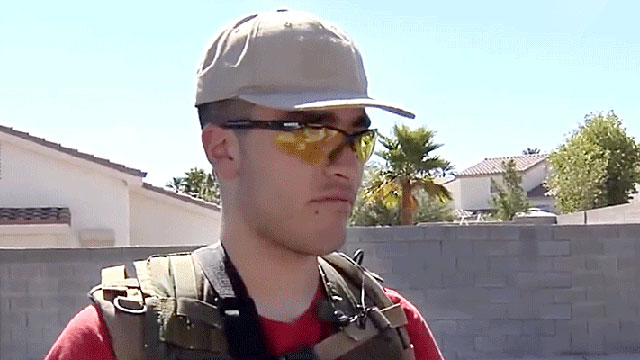 A Las Vegas man pleaded guilty Monday to a federal weapons charge after plotting violent attacks on an LGBTQ bar, a synagogue, and the Anti-Defamation League.

Conor Climo, 24, signed the plea agreement that was filed in January in U.S. District Court in Las Vegas.

The Las Vegas Review-Journal reports the agreement reads, in part, “Defendant stated that he wanted to do more against the groups he hated by carrying out violent attacks against them.”

“Defendant admitted to discussing plans for violent attacks online against the Anti-Defamation League, a local Las Vegas synagogue, and a local bar,” continued the document.

In the agreement, Climo admitted the unnamed bar catered to an LGBTQ clientele.

Climo was arrested in August last year after being monitored communicating via encrypted internet chat with individuals identified as white supremacists.

He reportedly told an undercover FBI informant he was “scouting places to attack.” In his communications with the undercover agent, Climo sent a satellite image of the synagogue he planned to target which highlighted a possible escape route.

Climo also used homophobic language and spoke about surveilling an LGBTQ bar in downtown Vegas in the encrypted chats.

When the investigators arrived at Climo’s home with a search warrant, they found “hand-drawn schematics and component parts of a destructive device” which included oxidizing agents, flammable liquids and circuit boards. An AR-15 assault-style weapon and a bolt-action rifle were also confiscated during the search, according to NBC LA.

He was charged with possessing an unregistered firearm in the form of the component parts of a destructive device.

A statement from the U.S. attorney’s office said, “Climo would regularly use derogatory racial, anti-Semitic and homosexual slurs.”

Appearing in court wearing a yellow jail jumpsuit on Monday, the Review-Journal writes, “Climo stood with closed fists at a podium, mostly answering ‘yes, your honor’ and ‘no, your honor,’ to a series of standard questions.” 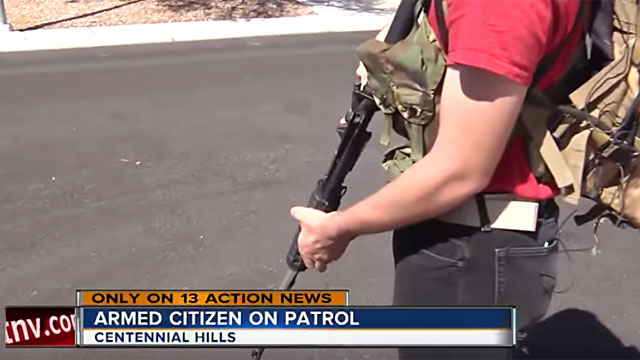 As I reported in August, Climo made headlines in 2016 for ‘patrolling’ his neighborhood wearing battle gear and carrying an assault-style rifle and survival knife.

At the time, he told local ABC News affiliate KTNV, “I’ll pretty much stay within constitutional bounds when I’m doing this.”

‘Pretty much stay within constitutional bounds???’

He also told the reporter he would be looking for ‘suspicious activity,’ which he defined as “people outside when they’re not supposed to be.”

In the interview, Climo admitted he had no formal training in patrolling, policing, or dealing with possibly tense situations.

According to the plea deal, he will also be required to undergo mental health treatment and be monitored via an electronic device upon his release from prison.

Climo’s story is especially chilling as Las Vegas was the site of the nation’s deadliest mass shooting in modern US history, when 58 people were killed and more than 500 hurt in October 2017.