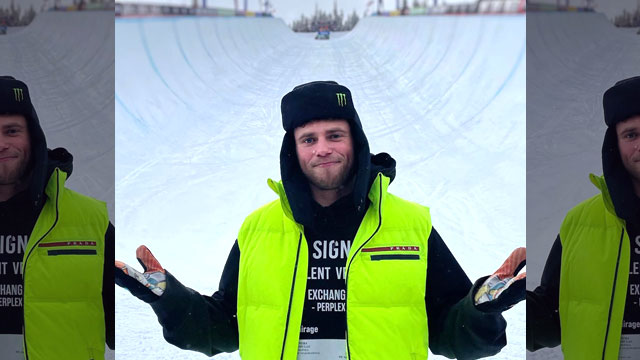 Olympic silver medalist Gus Kenworthy has shared via social media that some ongoing health issues have him concerned about his 2022 Olympic prospects.

The Beijing Winter Games are only a couple of months away.

The 30-year-old freestyle skier says the issues began about six weeks ago during training in Switzerland.

“Six weeks ago I got a pretty bad concussion while at a training camp in Switzerland. Because I’ve had a few serious TBI’s (traumatic brain injuries) in recent years the seriousness of each added concussion has been stressed to me.

“I took two full weeks off and followed all of the SafeSport steps to return to snow. However only two days after getting back on skis I started feeling really sick: fever, chills, etc. I took a COVID test and to my surprise it was positive. Despite being fully vaccinated I had caught a breakthrough case.

“I checked into a hotel and did a 10-day self-isolated quarantine until I tested negative and was cleared to fly home.

“Unfortunately, in the weeks since, I’ve had some ongoing issues with my head. Any time I’ve tried to workout or gotten my heart rate up I’ve become very light-headed, disoriented and nauseous.

“I was worried it had to do with the concussion but I’ve consulted with specialists and because I had previously passed all the tests and was cleared to return to sport we think it’s more likely residual effects of COVID.

“I showed up in Copper last week for the first World Cup of the season and after the warm-up before the elimination round I once again felt dizzy and disoriented. I was just discussing what to do with my coach, @justin_dorey, when the starter called my name and said the judges were ready for me. I dropped in but felt completely lost in the air during the first trick in my run – the skiing equivalent to the ‘twisties.’

The world became familiar with the term “twisties” this past July when American gymnast Simone Biles was forced to step out of some competitions at the 2021 Summer Olympics due to a similar mental block. She eventually returned for the finals in balance beam and won a bronze medal.

“We decided to withdraw me from the event foregoing my second run or a chance in finals. I have another competition coming up this week, the @dewtour [Dew Tour], but it’s still TBD whether I’ll be able to compete or in what capacity.

“With the Olympics less than two months away I’m incredibly frustrated but trying to stay positive and hopeful that this will pass. Not sure what else I can do but wait. Anyway, just wanted to keep y’all in the loop.

“Thanks in advance for the well wishes and if any of you have had experience with long COVID and have recommendations for things that have helped please let me know! Appreciate it.”

Kenworthy is hoping to participate in his third Olympics having represented Team USA in the 2014 and 2018 Winter Games. Following his silver medal performance at the 2014 Olympics, he famously came out as gay in a 2015 ESPN interview.

In December 2019, he announced he would be competing for Great Britain in 2022 in what he believes might be his final Olympic Games.

While Kenworthy was born in Chelmsford, England, his family moved to Colorado when he was three. His mother is British and he holds a British passport.

“Although I was raised in the US I was born in the UK and my mum is British through-and-through. She has been my #1 fan for my entire life and has proudly stood at the bottom of the mountain waving the stars and stripes in support of me for two Olympic cycles.

“Now, in what is sure to be my last Olympic appearance, I’d like to return the honor by proudly holding up the British flag for her.”

Having represented the U.S. in 2014, Kenworthy told the press he saw the 2018 Olympic Games were “actually less about representing the U.S. as much as it was representing the LGBT community, and it was the first time that the U.S. had two openly gay men competing – Adam Rippon and I were those two guys.”

While still experiencing a great sense of national pride, he felt “more so than the American flag, I was kind of skiing for the rainbow flag.”