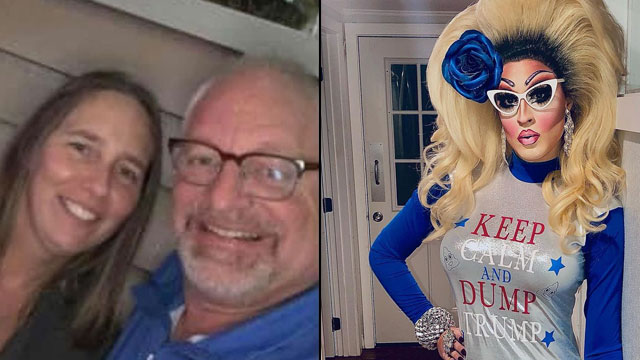 A fire chief in Delaware attended a drag show at a local restaurant over the weekend and then took to social media to complain about being ‘talking into’ going to a ‘faggot show.’

William Buckaloo, the assistant fire chief in Rehoboth Beach, attended a drag show at the Blue Moon and tagged himself in a Facebook post which read, “The sh*t I get talked in to (sic)…Matt, talked us to go to a f*ggot show.”

The hostess for the show, Magnolia Applebottom, came across the social media post and addressed the remarks on her Instagram:

“What a sad turn of events. The @lewes_fire chief thought it was ok to go to a gay owned and operated establishment… and go to a show hosted and produced by a award winning gay entertainer and use that F word on social media… Your job is to protect the people in our community not bring us down. Do better!!! Be better!!! And we recognize your inappropriate behavior.”

The friend tagged in the Facebook post by Buckaloo, Matt Sprenkle, quickly put space between himself and the fire chief as well as denouncing Buckaloo’s comments.

Sprenkle told the Washington Blade he did not invite Buckaloo to the show nor did he attend the show, as he was dining in the restaurant at the time.

Sprenkle clarified that he’s only an acquaintance of Buckaloo’s and the two men had run into each other at the Blue Moon.

“I do not agree with any of the comments he made and do not associate myself with them,” said Sprenkle.

After the social media firestorm, Lewis Fire Department Chief Steve Evans told the Blade that he had removed Buckaloo from his position. Evans added that he “expects the department will formally suspend Buckaloo” as well.

Buckaloo has not commented publicly since being removed from his position.