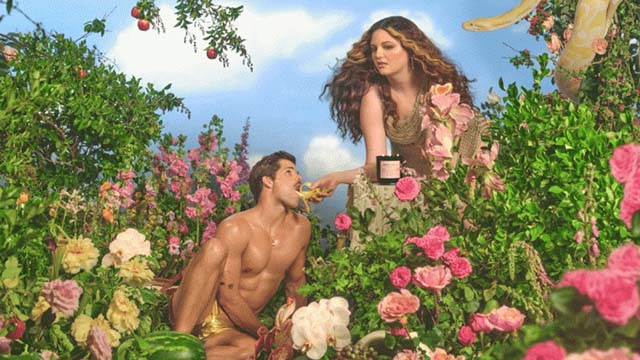 Charlie Carver, whose ‘Cowboy’ was one of my favorite parts of the Netflix iteration of The Boys in the Band, brings his camera-ready charisma to a new ad campaign for the homo-owned fragrance & candle company, Boy Smells.

Also featured in the ad spot is a live python as Carver and Stalter take turns feeding each other pieces of fruit.

Looks like a beautiful day in the best-known garden in history.

Related: Charlie Carver Came Out After A Slap In The Face For Appearing ‘Gay’

You can find the ‘Forbidden Fruit’ collection here.