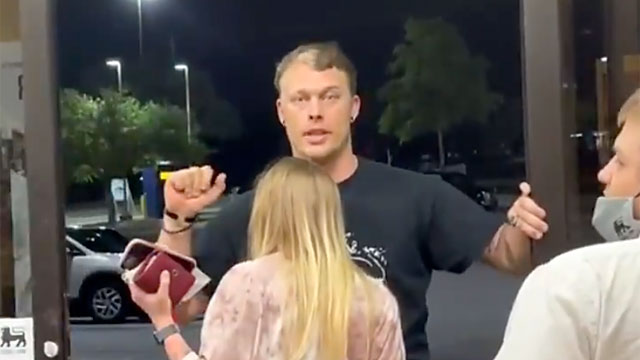 Seriously – what is wrong with this man?

WBTV reports John Walter Miles, 27, went on a racially-charged rant at a grocery store when a clerk refused to sell him and his girlfriend alcohol.

It appears Mr. Miles might have had a few already.

According to the Sumter Police Department, Miles refused to leave the store and called an employee a racial slur.

In the video uploaded to TikTok, he reeled off a wild “Black lives don’t matter” screed as he cussed out other people in the store.

He was eventually escorted off the premises and charged with aggravated breach of peace and trespassing.