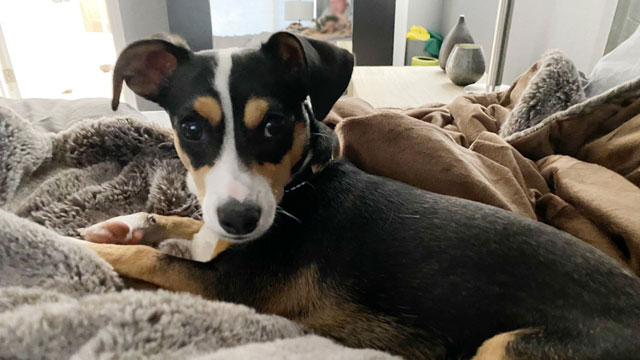 • Brody Watch: Long day of real estate-ing for me today, and I come home to this guy (above). Brody was pretty much giving me “Where have you been???” #doglife #CutenessOverload #ThatFace

• Washington Blade: President Biden is set to nominate members of the LGBTQ community with a background in LGBTQ rights for high-ranking civilian positions at the Defense Department.

• Instagram: My good friend Larry at TheOUTfront.com sent this to me with the caption, “Something tells me his name is Brody.” #NailedIt #elephants

• New York Times: Now that more than half of adults in the United States have received at least one Covid-19 vaccine dose and the country has surpassed 200 million administered doses, demand for shots appears to be slowing in many areas. Some county health departments have started closing some of their mass vaccination sites for lack of customers.

• NPR: Caitlyn Jenner, the Olympic gold medalist with a reality-show family, announced Friday that she will run for governor of California as the state’s current governor, Gavin Newsom, is likely to face a recall election this year. #NoThankYou