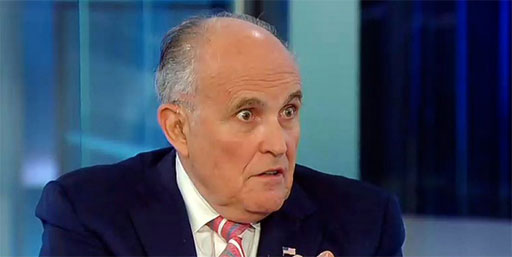 The former U.S. special envoy for Ukraine told House investigators on Thursday that he warned President Trump’s personal attorney, Rudolph W. Giuliani, that Giuliani was receiving untrustworthy information from Ukrainian political figures about former vice president Joe Biden and his son, according to two people familiar with his testimony.

Kurt Volker, who resigned last week after being named in a whistleblower complaint that sparked the House impeachment inquiry of Trump, said he tried to caution Guiliani that his sources, including Ukraine’s former top prosecutor, were unreliable and that he should be careful about putting faith in the prosecutor’s theories, said the people, who spoke on the condition of anonymity to discuss the closed-door meeting.

Volker’s testimony offers the first inside account of the Trump administration’s efforts to press for a Ukrainian investigation into Biden, who as a leading 2020 Democratic candidate to challenge Trump for the White House has become a fixed target of the president’s attacks.

In the texts,  the top U.S. diplomat in Ukraine writes to two other American diplomats that “I think it’s crazy to withhold security assistance for help with a political campaign.”