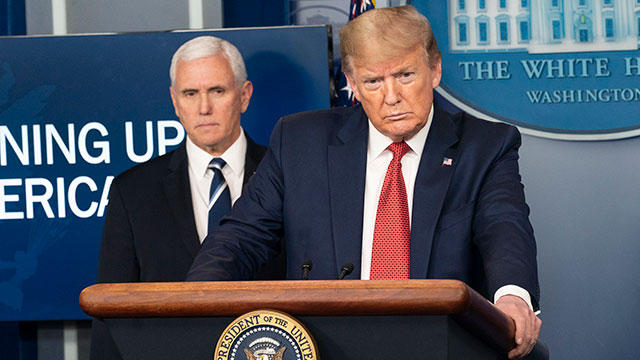 The United States concluded months ago that the Russian unit, which has been linked to assassination attempts and other covert operations in Europe intended to destabilize the West or take revenge on turncoats, had covertly offered rewards for successful attacks last year.

The intelligence finding was briefed to President Trump, and the White House’s National Security Council discussed the problem at an interagency meeting in late March, the officials said. Officials developed a menu of potential options — starting with making a diplomatic complaint to Moscow and a demand that it stop, along with an escalating series of sanctions and other possible responses, but the White House has yet to authorize any step, the officials said.

“Not only has he failed to sanction or impose any kind of consequences on Russia for this egregious violation of international law, Donald Trump has continued his embarrassing campaign of deference and debasing himself before Vladimir Putin,” Said Mr. Biden.

“His entire presidency has been a gift to Putin, but this is beyond the pale,” added Biden. “It’s a betrayal of the most sacred duty we bear as a nation, to protect and equip our troops when we send them into harm’s way.”

Trump tweeted today that neither he, Vice President Mike Pence, or Chief of Staff Mark Meadows were ever told about bounties on American troops.

He also threw shade at Biden for reading a prepared statement, which Trump does all the time.

…Nobody’s been tougher on Russia than the Trump Administration. With Corrupt Joe Biden & Obama, Russia had a field day, taking over important parts of Ukraine – Where’s Hunter? Probably just another phony Times hit job, just like their failed Russia Hoax. Who is their “source”?

Funny to see Corrupt Joe Biden reading a statement on Russia, which was obviously written by his handlers. Russia ate his and Obama’s lunch during their time in office, so badly that Obama wanted them out of the then G-8. U.S. was weak on everything, but especially Russia!

Funny to see Traitor Donald Trump refusing to address the fact that Putin tried to kill American troops, and instead just attack Joe Biden who has absolutely nothing to do with any of this, and the media for reporting on the horrific things that took place.