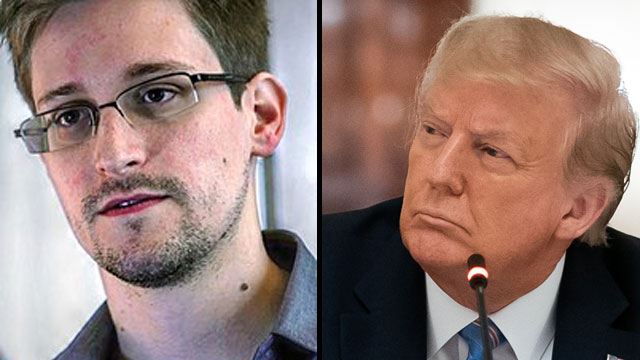 Donald Trump said on Saturday that he would consider issuing a presidential pardon to whistleblower Edward Snowden, who has remained in exile in Russia since disclosing highly classified information from the National Security Agency.

After leaking the info to the Guardian in 2013, Snowden left the U.S. traveling to Hong Kong and then to Moscow in order to avoid being arrested.

To some, Snowden is seen as a civil liberties hero, but to others, he is seen as a traitor for revealing secret intelligence documents.

Back in 2014, Trump called Snowden a ‘spy’ tweeting, “A spy in the old days, when our country was respected and strong, would be executed.”

Q: "Do you want to give Edward Snowden a pardon and bring him back?"

President Trump: "I'm going to look at it." pic.twitter.com/Lb75QVaGVb

Snowden is a spy who has caused great damage to the U.S. A spy in the old days, when our country was respected and strong, would be executed