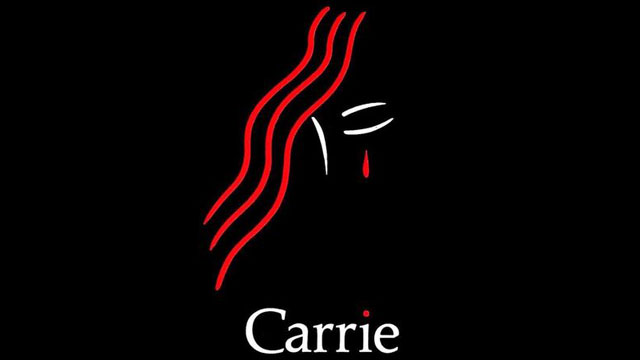 Michael and I thoroughly enjoyed watching Saturday night’s edition of Stars in the House which brought together the creative team and actors from the 1988 Broadway musical Carrie.

In order to achieve the effects of Carrie’s telekinetic powers, the production boasted an elaborate technical design in terms of sets and lights utilizing lasers. According to theater lore, Cook tendered her resignation on opening night when she was nearly decapitated by a set-piece.

Tony Award winner Betty Buckley (who had played the gym teacher in the film) was summoned to save the show as it transferred to Broadway. But after 16 previews and 5 performances, the producers pulled out their money following mixed reviews despite packed houses and standing ovations each night.

In a time before smartphones, little video footage exists of the Broadway production although, during last night’s streaming reunion, it was revealed cast member and soon-to-be Tony Award winner Scott Wise had planted an old-school video camera in the back of the audience before the audience was admitted in hopes of capturing footage.

Apparently, Wise’s camera was able to capture Act One before the battery ran out of juice.

Just to give you a peek into the power and sensitivity Buckley brought to the role, this is the haunting “When There’s No One.”

The show, capitalized at a then-enormous $8 million, was considered the most expensive flop in Broadway history.

I was on the road performing in CATS at the time, but my bestie Carlye saw the closing night performance. According to her well-informed opinion, while much of the show proved problematic I’ve never forgotten her final assessment – that the scenes between Buckley and Hately were some of the most thrilling musical theater she’d ever experienced.

Playbill put together a terrific recap of some of the existing footage along with interviews with cast members including Charlotte D’Amboise here.

Here’s the full reunion show from last night hosted by SiriusXM’s Seth Rudetsky & James Wesley. The creative team of Lawrence D. Cohen, Michael Gore, and Dean Pitchford share the history of creating the book and score and are then joined about halfway through by Buckley, Hateley, D’Amboise, and Triplett.

Over the past four months, the streaming series has brought theater fans the backstage stories they’ve longed for (for free!) while raising over $442,000 for The Actor’s Fund in donations.