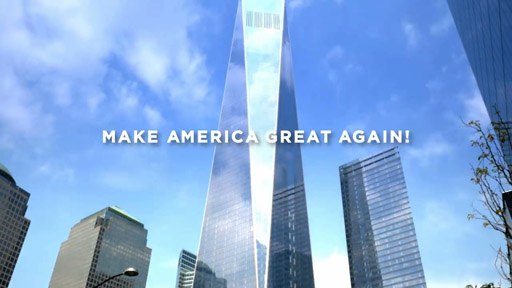 While the 30 second clip depicts two different future “Americas” – one failing under Hillary Clinton, the other bright and shiny under the Trumpster – the folks over at Right Wing Watch noticed near the end of the spot the inclusion of the new 1 World Trade Center.

The tower’s inclusion in the ad is curious because Trump himself was a vocal opponent of the One World Trade Center project, claiming in 2005 that design of the tower let “the terrorists win.”

“I don’t want to have the terrorists win … and that’s what’s going to happen if we build this pile of junk,” he said.

Trump had proposed instead building a taller version of the Twin Towers, calling the design that was ultimately chosen “disgusting,” “just terrible,” “a catastrophe” and “the worst pile of crap architecture I have ever seen in my life.”

The spot also makes a point to include an African-American family next to the U.S. flag. 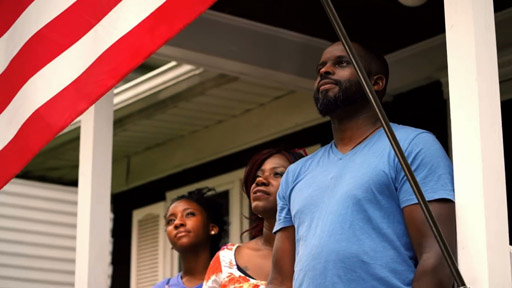