I saw some folks trashing the results of the Obama administration years, so just a reminder here.

The Dow Jones had increased by 63.6 percent at the 43-month point in Obama’s administration, while the Dow has increased much less at 40.8 percent.

Overall, by the time Obama left office, the Dow had jump 143.8 percent. We’ll have to see how that shakes out for Trump.

Oh, and Obama was never impeached. There’s always that… 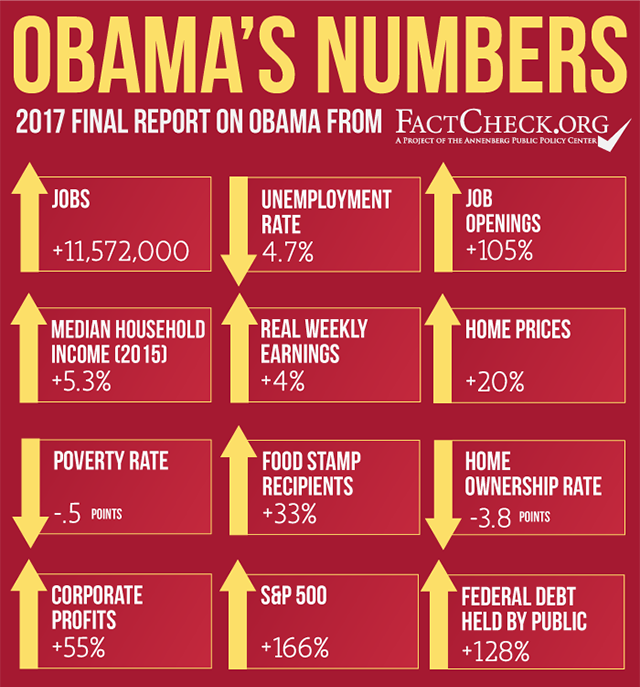