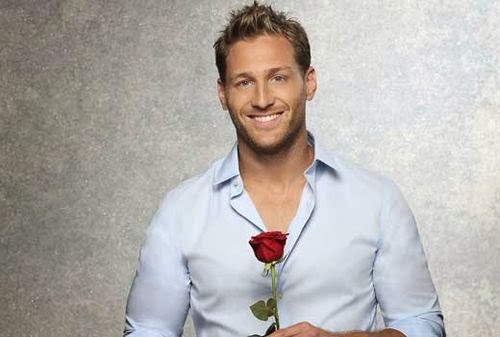 THE BACHELOR’s Juan Pablo Galavis offers one of those “sorry to those I might have offended” apologies for his VERY offensive statements regarding gay people like “There’s this thing about gay people… it seems to me, and I don’t know if I’m mistaken or not… but they’re more ‘pervert’ in a sense.”

I don’t know HOW that could possibly be taken as offensive. NOT.

I have to say – it’s just after 2pm and the recording of Juan Pablo saying these things surfaced early this morning. He clearly has the worst publicist and management team in the world. They took THIS long to write this?????

Here’s the ‘fauxpology’ from the stand up example of morality – a man who thinks it’s a good example to look for love on a reality show with 20 women in a hot tub:

“I want to apologize to all the people I may have offended because of my comments on having a Gay or Bisexual Bachelor.

“The comment was taken out of context. If you listen to the entire interview, there’s nothing but respect for Gay people and their families.

“I have many gay friends and one of my closest friends who’s like a brother has been a constant in my life especially during the past 5 months. The word pervert was not what I meant to say and I am very sorry about it. Everyone knows English is my second language and my vocabulary is not as broad as it is in Spanish and, because of this, sometimes I use the wrong words to express myself.

“What I meant to say was that gay people are more affectionate and intense and for a segment of the TV audience this would be too racy to accept.

“The show is very racy as it is and I don’t let my 5 year old daughter watch it.

“Once again, I’m sorry for how my words were taken. I would never disrespect anyone.

First of all, I’ll post the recording of his comments again. The comment is not taken out of context. He says what he says. That kind of line is text-book publicist damage control thinking most people won’t hear the original statements. Unfortunately for Galavis his comments were recorded by a reporter.

Second, it’s offensive to me that he begins with “want to apologize to all the people I may have offended.”  May have offended?  Really?  Because some folks aren’t offended when they are called a “pervert?”

And third, defaulting to “I have many gay friends” is even more offensive to me.  Like when bigots would say “some of my best friends are black.”

He said gays are perverts.  Period.  Just own it, apologize and cut it there.

And get better publicists.  They’re slow and not very creative.

“Juan Pablo’s comments were careless, thoughtless and insensitive, and
in no way reflect the views of the network, the show’s producers or
studio.”

UPDATE II:  The Bachelor star spoke to GLAAD
by phone. The gay rights organization quoted Galavis via a statement:

“I
have heard from many gay Latinos today who are hurt because of what I
said and I apologize.

“I know gay parents and I support them and their
families. They are good parents and loving families. I am a father and I
know the feel of being a father, why wouldn’t I want my gay friends to
also be happy parents?

“I also want gay and lesbian youth to know that it
is fine to be who you are. Gay or straight, Black or White, Latin or
American, what matters here is to respect who we are.

“I look forward to
meeting with gay and lesbian families as well as Monica and Wilson from
GLAAD.

“Gay and lesbian people, and the children they are raising,
wrongfully face discrimination and I want them to know that I’m on their
side.”