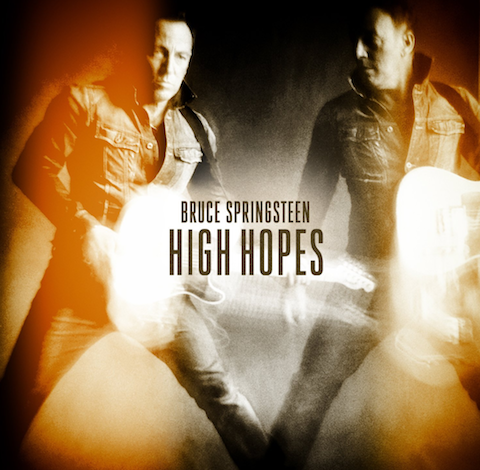 High Hopes, Bruce Springsteen’s 18th studio album, was released on Jan. 14, 2014 on Columbia Records. The album, which was recorded in multiple settings in New Jersey, Los Angeles, Atlanta, Australia and New York City, features Springsteen with members of the E Street Band and guitarist Tom Morello, among others.

“This is music I always felt needed to be released,” writes Springsteen about High Hopes. “From the gangsters of ‘Harry’s Place,’ the ill-prepared roomies on ‘Frankie Fell In Love’ (shades of Steve and I bumming together in our Asbury Park apartment), the travelers in the wasteland of ‘Hunter Of Invisible Game,’ to the soldier and his visiting friend in ‘The Wall,’ I felt they all deserved a home and a hearing.”

Bruce Springsteen was inducted into the Rock and Roll Hall of Fame in 1999. He has sold more than 65 million albums in the U.S. and 120 million worldwide. Springsteen has won 20 Grammys, an Academy Award, was a recipient of the Kennedy Center Honors in 2009 and performed during halftime at the Super Bowl the same year.