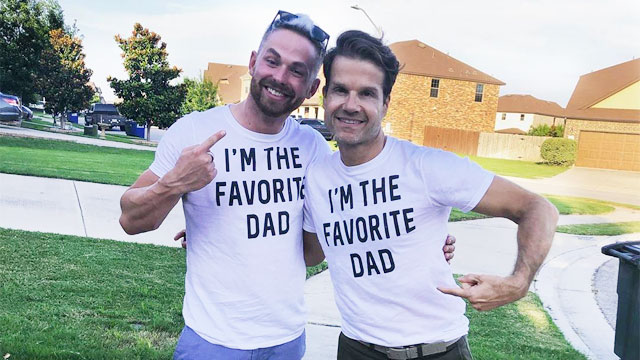 A week before Thanksgiving, a substitute teacher asked a fifth-grade class at Deerfield Elementary School in Cedar Hills, Utah, to share: “What are you thankful for?”

Some mentioned the holiday feast to come, some their family dog, and another joked his thanks for not having to attend school during the Thanksgiving break.

But one 11-year-old stood up and said, “I’m thankful that I’m finally going to be adopted by my two dads,” reports the Salt Lake Tribune.

Stunning the class, the substitute teacher admonished at the young boy saying, “Why on earth would be happy about that?”

According to the Tribune, the substitute teacher went on for ten minutes telling the class of 30 students how “homosexuality is wrong” and “two men living together is a sin.”

Turning her focus back to the boy, she announced, “That’s nothing to be thankful for.”

During the tirade, three girls in the class asked the woman to stop, but she continued with her hate speech. The girls finally left the classroom to notify the principal who had the sub escorted from the building.

Even as she was being removed from the school she continued to press her homophobic point.

Choreographer/dancer Louis van Amstel (Dancing with the Stars, So You Think You Can Dance) and his husband, Joshua, have been working through the adoptive process for several months. The adoption is scheduled to be finalized on December 19.

“The substitute teacher was giving her very clear opinion, two men is wrong, homosexuality is wrong, and so you can imagine that set us off, and we are not letting this go,” Louis said in a video on social media.

Our child was bullied. pic.twitter.com/gZ5yI0Z2F0

I’m truly disgusted that the bully in this situation is a teacher in a public school.#equalrights #allfamilies #allfamiliesmatter

“I am so proud of [the boy’s] school, not only did they let go of the teacher, they said this woman is never going to teach in the school ever again.”

Van Amstel added, “I’m proud of those three girls and [the boy’s] school for standing up for our family against this bully. I’m truly disgusted that the bully in this situation is a teacher in a public school.”

In a heartbreaking statement, Louis told the Tribune that the young boy understood what the teacher was saying but was afraid to speak up because he’s had two failed adoptions before and didn’t want his dads to change their minds.

“He was so fearful that this could make us think that we don’t want to adopt him,” said Louis. “That’s definitely not going to happen. But this situation really hurt him. This person really hurt us.”

I am! Lol…our friend @emmaloo322 gave us these T-shirt’s and they raised quite the reactions while traveling to Texas with our son today surprising @joshua_vanamstel family! #austintexas