A new report from Rolling Stone Magazine indicates a driving factor in Donald Trump’s desire to be president again is to escape criminal prosecution. END_OF_DOCUMENT_TOKEN_TO_BE_REPLACED

Today, President Biden announced Karine Jean-Pierre has been promoted to be Assistant to the President and White House Press Secretary. Karine will be the first Black woman AND the first LGBTQ person to hold the position. END_OF_DOCUMENT_TOKEN_TO_BE_REPLACED 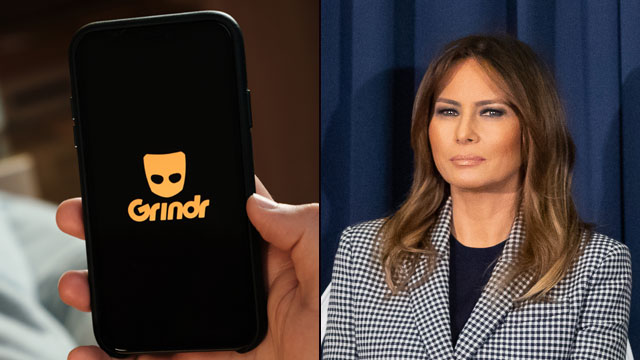 After serving three years in the Trump White House, a gay staffer was fired and given an armed escort out of the White House when the powers that be discovered his “lively Grindr account,” according to the new memoir by former Melania Trump press secretary Stephanie Grisham. END_OF_DOCUMENT_TOKEN_TO_BE_REPLACED 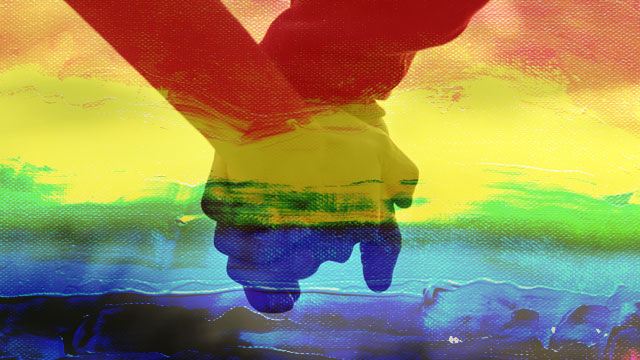 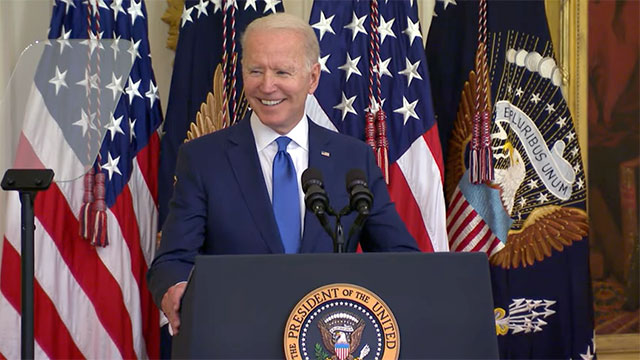 It was an LGBTQ kind of day at the White House today as President Biden hosted a reception for LGBTQ leaders in honor of Pride Month.

President Biden commemorated Pride Month for first his year in office on Friday with a reception at the White House, detailing the initiatives his administration has made on behalf of the LGBTQ community and declaring “Pride is Back at the White House.”

“We’re also making progress, but I know we still have a long way to go, a lot of work to do,” Biden said. “We must protect the gains we’ve made and fend off the cruel and unconscionable attacks that we’re seeing now to ensure the full promise of dignity and equal protection.”

Joining Biden on stage for the reception in the East Room was first lady Jill Biden and Transportation Secretary Pete Buttigieg, who could claim historic status of participating in the event as the first openly gay official to obtain Senate confirmation for a Cabinet-level role.

Biden was introduced by Ashton Mota, a 16-year-old transgender advocate from Lowell, Mass., and a leader with the GenderCool Project.

During his remarks, Biden’s made note of the recent spate of state laws targeting transgender youth, including restricting their access to transition-related health care and schools sports. Biden called the bills “nothing but bullying disguised as legislation.”

So far this year, hundreds of anti-LGBTQ bills have been introduced in state legislatures – many of them target transgender children.

Let’s be clear: This is bullying against kids disguised as legislation – and it must stop. Enough is enough.

Biden also named Jessica Stern, currently executive director of OutRight Action International, as a special diplomatic envoy at the State Department for LGBTQ rights. Her responsibilities will include ensuring that U.S. diplomacy and foreign assistance promote and protect LGBTQ rights around the world.

Additionally, Biden signed into law a congressional resolution designating the Pulse Nightclub in Orlando, Florida, as a national memorial. On June 12, 2016, the club was the site of the deadliest attack on the LGBTQ community in U.S. history when Omar Mateen opened fire on club goers killing 49 people and wounding 53 more.

Pres. Biden signs National Pulse Memorial bill, “a monument to the loss that occurred there and absolute determination that we’re gonna…make sure that we’re not in a position to see this happen again.” https://t.co/1fI8apsG4W pic.twitter.com/zbbuVZk1kF 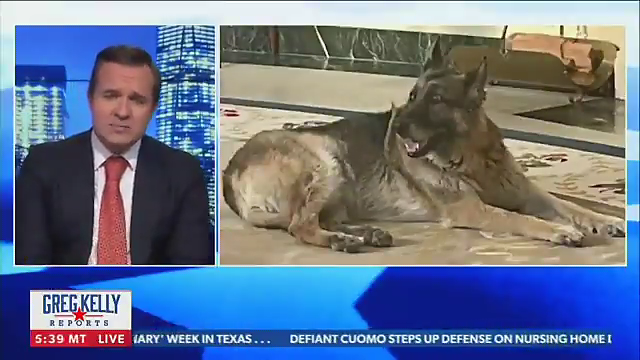 Newsmax host Greg Kelly and a guest on his show on Friday criticized the appearance of First Dog, Champ, prompting a wave of criticism and ridicule on Twitter. Kelly said that Champ, a German Shepherd, looks like he’s “from the junkyard.”

He even had presidential historian Craig Shirley on during the segment who remarked Champ looks “dirty and disheveled” and “unlike a presidential dog.”

This is what they spend time on at Newsmax?

For the record, Champ is a 12-year-old German Shepard the Biden’s adopted when Joe was Vice President. I’m a dog guy, and Champ looks pretty fantastic for a 12-year-old.

Newsmax has a whole ass panel that’s seriously discussing their concern over Biden’s dogs looking “dirty” and like “junkyard dogs”. I don’t… what even… https://t.co/f3bFGUpqnG

Look at these pathetic pasty dudes. They wished they looked as good as that dog. 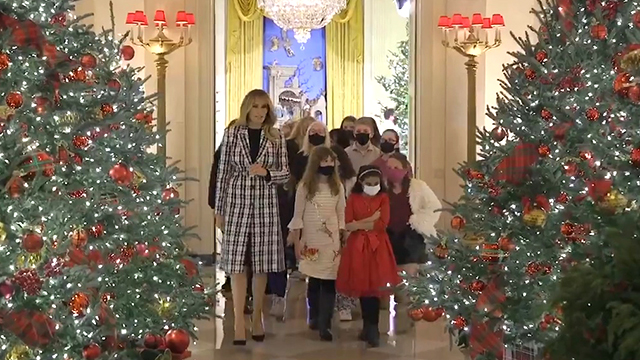 First Lady Melania Trump is probably very happy to be done with her last Christmas in the White House.

Yesterday, her official Twitter account shared a short video showing her showing the White House decorations to young children (all wearing face masks) while she didn’t bother to wear a mask even though that’s the official position of the CDC.

That, plus the leaked audio of a conversation with a former aide where she complained about having to oversee the holiday decor of the White House (“Who gives a f*ck about Christmas stuff and decoration…?”), is probably the most transparent perspective we’ll have of the soon-to-be-former First Lady.

Beautiful #Christmas display of young artists in the @WhiteHouse Blue Room. Their ornaments symbolize the joyful spirit of the holiday season. pic.twitter.com/PBb8CzhS2v

The first gift to emulate the holiday spirit would be you wearing a mask on your face! Help protect the kids, not just yourself. @flotus @WhiteHouse

“Who gives a fuck about Christmas stuff and decoration? But I have to do it.” – First Lady Melania Trump pic.twitter.com/PFyk0tUtlm

People in the future will see videos like this and be confounded by the children wearing masks for safety and the First Lady doing whatever she feels like.

Isn’t it wonderful to see our first lady trying to be such a great example of leadership by showing all these young kids around and being up close and personal WITHOUT wearing a mask herself? It’s not hard; wear a mask!

With the Electoral College affirming the results of the 2020 presidential election this week, followed by Senate Majority Leader Mitch McConnell recognizing President-elect Joe Biden as the winner, one might think Donald Trump would begin to accept the reality that his time in the White House is coming to an end.

Yet even amid the intractable movement of the transition and the hurried lame-duck activity — some of which he is participating in himself — Trump is steadfastly refusing to acknowledge that he lost.

In his moments of deepest denial, Trump has told some advisers that he will refuse to leave the White House on Inauguration Day, only to be walked down from that ledge. The possibility has alarmed some aides, but few believe Trump will actually follow through.

The White House declined to comment for this report.

“Temper tantrums, lashing out, talking about not leaving the White House. Trump is not 4, right? He's 74,” @ErinBurnett says.

“And despite his increasingly deranged delusions, he still has the power to instill cowering and fear and sycophancy in others.” https://t.co/nzAk7rq8gV pic.twitter.com/GLbZl79VU2 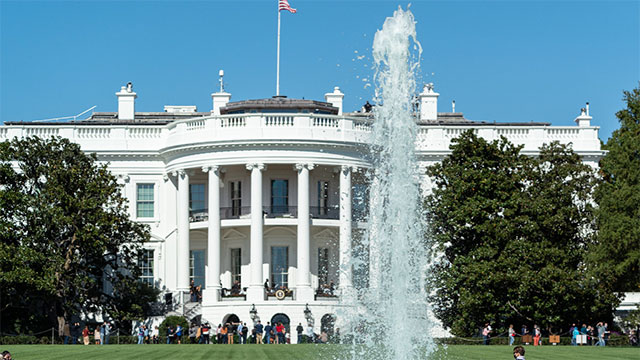 Acting in response to the dozens of coronavirus infections that have occurred in the Trump administration, Team Biden plans on a heavy-duty scrub-down of the White House before taking up residency.

The team only plans to have a skeleton staff working on campus at first, with most continuing to work remotely from home. They also plan to have the building — which has seen numerous virus outbreaks among staffers and top officials this year — meticulously sanitized.

That includes plans to “thoroughly clean and disinfect” all furniture, doorknobs, handrails and light switches, before Biden and his team move in. Additionally, a private contractor will provide “disinfectant misting services” to clear the air of lingering droplets. 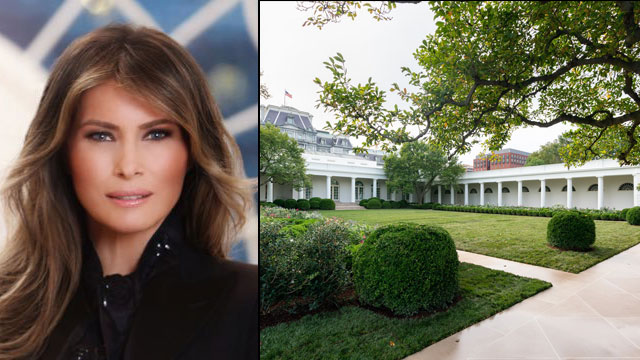 The White House Rose Garden has been spruced up in time for its moment in the campaign spotlight. First lady Melania Trump will deliver her Republican National Convention speech Tuesday night from the garden, famous for its close proximity to the Oval Office.

The three weeks of work on the garden, which was done in the spirit of its original 1962 design, were showcased to reporters on Saturday. White House officials said the renovations were paid for by private donations. They declined to reveal the cost of the work.

The location of the first lady’s speech will be just one of the ways that the Republican National Convention will break with political norms.

Many folks on Twitter were aghast that the First Lady ripped out all of the color and 12 mature crabapple trees that were planted by First Lady Jackie Kennedy.

I’m not one to attack presidential spouses, but the results are less than “better.”

Excited to honor history & celebrate the future in our beautiful @WhiteHouse Rose Garden this evening. Thank you to all who helped renew this iconic & truly gorgeous space. pic.twitter.com/ggiqLkdGbw

Before and after photographs of newly renovated White House Rose Garden:
courtesy #Getty and @marycjordan pic.twitter.com/w6bzoNHMjC

Here is the colorful, happy Rose Garden under Obama, and here is Melania’s unveiling of the new garden, entirely devoid of color or joy. pic.twitter.com/j9cNXC63tC

I still find it unbelievable that @FLOTUS who has only been a citizen since the middle of GW Bush's second term had the audacity to wreck the Rose Garden, to pull up history dating back a lifetime. These trashy, evil, stupid people need to get out of our house. What GALL she has.

Can we talk about how Jackie Kennedy’s Rose Garden was colorful and diverse and beautiful and Melania just made it… white? pic.twitter.com/6jIendxup9

Anyone notice anything different? pic.twitter.com/9kuiyiE6Hx

they spent millions to make the white house look like a hampton inn on a turnpike? https://t.co/xZzrATObNf

In addition to the first lady’s convention speech, Donald Trump will deliver his address Thursday night from the White House’s South Lawn, where a stage was being constructed over the weekend.

Federal rules prohibit the White House from being the setting for expressly political events, but when did Trump ever care about “rules?”

NBC News reports that the trees that were removed will, thankfully, be replanted elsewhere.