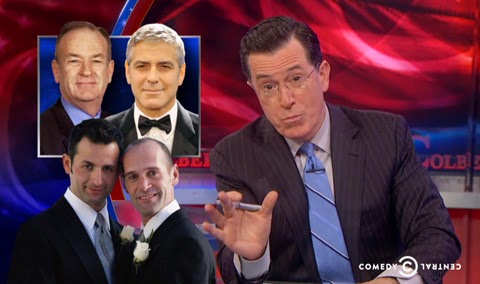 Stephen Colbert explains to his audience on The Colbert Report how Bill O’Reilly is correct in asserting that equality is forever out of reach – and in more ways than we know. 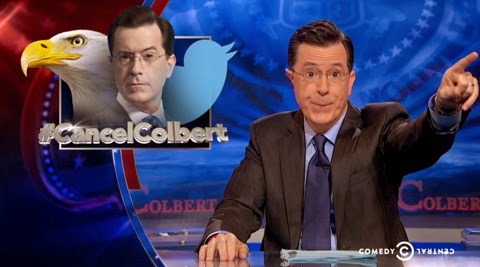 You don’t even need to understand the story behind #CancelColbert to enjoy how funny Stephen Colbert is in this clip.

But the short version is: Tweet goes out without linking to comedy bit, media outlets take it seriously (this IS Colbert, you know), and the twitterverse goes insane. 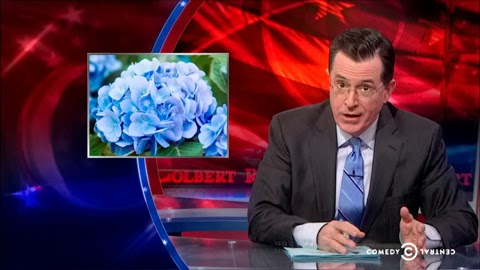 Yesterday, I wrote about Rep. Steve King talking on the veto of Arizona’s SB1062 and the fact that he felt we don’t need protections for LGBT folks.

In discussing the issue of discrimination of gays and lesbians, he referred to homosexuality as “self-professed behavior” which in his eyes was difficult to prove. King further alluded that perhaps gays aren’t gay at all.

This past weekend, King told local TV station WHO-TV that these “self-professed” gays could just as easily be straight people “setting up a case” against a business that tries to discriminate them. Colbert recounted that familiar scenario in which someone pretends to come to their family, then pretends to fall in love, then pretends to get engaged, just so they can sue their potential florist at the last minute.

“As Steve King knows, even if gays do exist, it’s nearly impossible to prove it,” Colbert said. That’s why he’s asking gays from around the country to “send photos and/or videos to Steve King, proving that you are gay.” He went ahead and provided to address on screen to make it that much easier for everyone.

“Be sure to label your envelope campaign contributions, so you know that he’ll read it,” Colbert added.

Tennis legend Billie Jean King returns to The Colbert Report to discuss the upcoming Sochi Olympics, and her role as an official member of the U.S. delegation.

King said she isn’t planning a protest “but if the media asks me a question, I’m gonna answer it!” 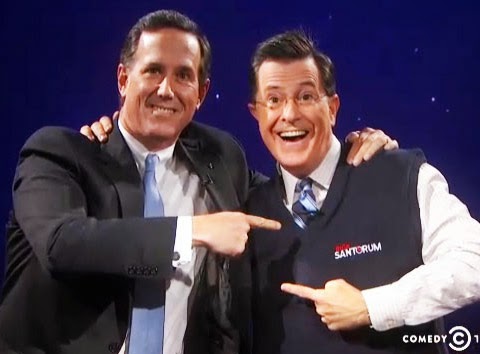 Rick Santorum stopped by the Stephen Colbert show last night to discuss several topics: his new Christian based movie studio, the state of the Republican party and his thoughts on marriage equality.

Just a few of the choices lines Colbert delivered:

Colbert: “You’ve got these 15 states plus the District of Columbia that are riding the rainbow train to helltown right now,” Colbert said, sparking a smile from Santorum. “Hasn’t this one slipped away from us?”

Santorum: “I think the real problem here is marriage has slipped away from us. Marriage has devolved into just a romantic relationship between two people. And that’s not what marriage is.”

Watch the exchange below. Marriage equality comes into play about the 5:00 mark. 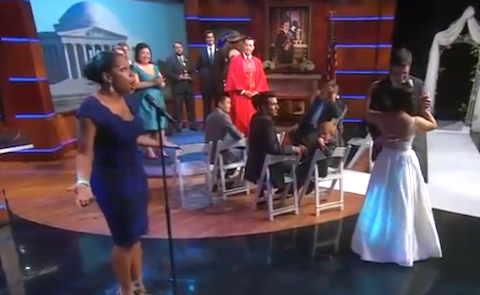 After
Colbert pronounced the couple husband and wife – “by the power vested
in me by the state of New York and the entire Viacom family of
entertainment networks,”

Legit performances of pop songs always get me. And when you can deliver like Audra, it’s just a comedy home run.

Stephen Colbert “worries” on the repeal of DOMA:

“Traditional marriage is now as defenseless as a freshman frat pledge about to go through the spanking machine….If DOMA is unconstitutional, that means the Constitution is gay.”

Good comedy is based in reality.

“Why would you support gay marriage? You are in the most hyper-masculine sport in the world. Okay? Football players are about a thousand miles from gay. Men in tight pants patting each other on the butt. Nothing gay about that. Get that butt out of my face. Get it out of there!”

In response to the Donald’s preposterous $5 million offer to President Obama for his passport and college records.

Warning – audio not suitable for work. Break out the headset.