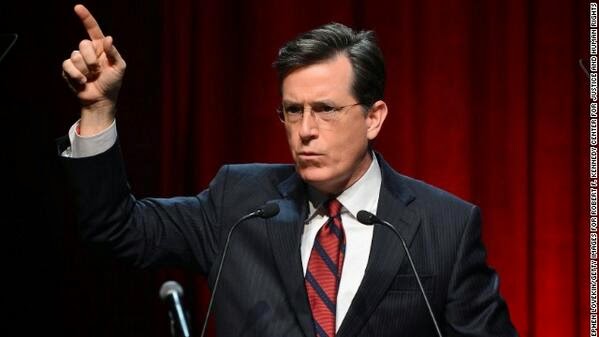 Stephen Colbert will succeed David Letterman as host of “The Late Show,” CBS announced on Thursday, one week after Letterman told his audience that he would retire sometime in 2015.

CBS announced today that Stephen Colbert will replace David Letterman as the host of The Late Show.

Colbert has apparently signed a five-year contract to helm the iconic late-night broadcast.

In a statement, Colbert had this to say about the news: “Simply being a guest on David Letterman’s show has been a highlight of my career. I never dreamed that I would follow in his footsteps, though everyone in late night follows Dave’s lead.”

The big question would seem to be: will Colbert remain in his faux conservative Comedy Central character?