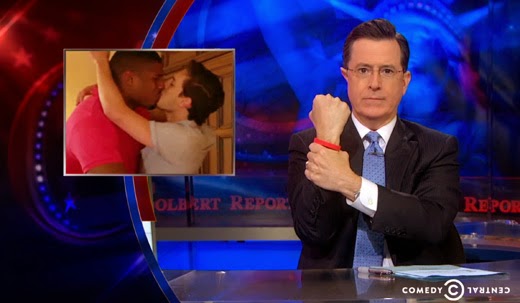 Stephen Colbert delivered a hysterical take-down of the “outrage” over the Michael Sam “draft kiss.”

According to Colbert, “In the NFL, sexuality is supposed to take place off camera, and the fans should only find out about it when the charges are filed.”

Colbert also jokes that Sam doesn’t belong in the NFL, he belongs in major league baseball because “the second he was drafted he headed to first base.”