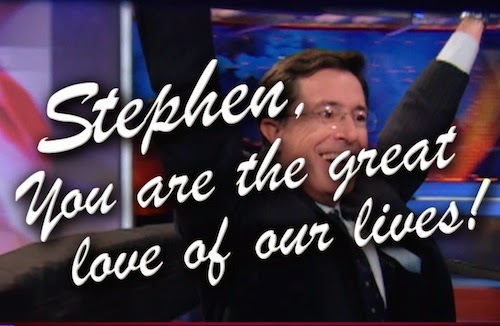 Colbert also conveniently bring his own “highlights” reel – since no one else did one.  The reel ends with the appropriately worded graphic, “Stephen, you are the greatest love of our lives!”

(via The New Civil Rights Movement)