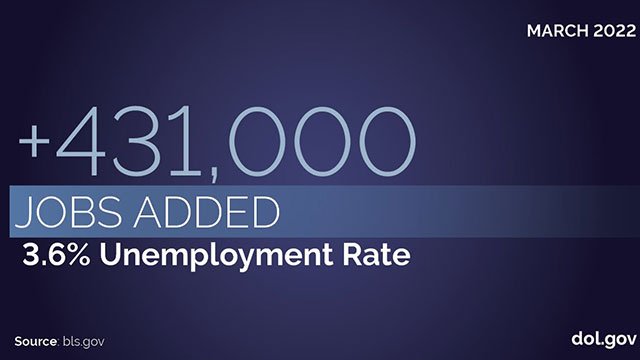 The Labor Department reports U.S. employers added 431,000 jobs in March which helped to inch the unemployment rate down to 3.6 percent, just 0.1 percentage point above its pre-pandemic level. END_OF_DOCUMENT_TOKEN_TO_BE_REPLACED 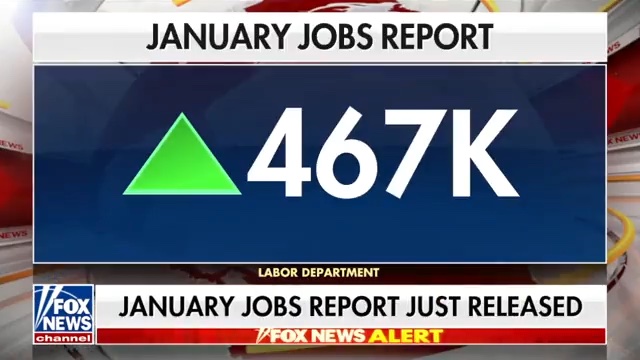 The Bureau of Labor Statistics’ new jobs report was a bit of a surprise for some with 467,000 jobs added to the U.S. economy even with the omicron surge in full force. END_OF_DOCUMENT_TOKEN_TO_BE_REPLACED

The U.S. added 531K jobs during the month of October (more than expected) and the unemployment rate fell from 4.8% to 4.6% according to the Labor Department. END_OF_DOCUMENT_TOKEN_TO_BE_REPLACED

After months of record gains in job growth,  the American economy added just 235,000 jobs – a drop that seems to indicate the Delta variant is slowing things. Economists were projecting a gain of 725,000 jobs. END_OF_DOCUMENT_TOKEN_TO_BE_REPLACED

The Labor Department reports employers added a better-than-expected 850,000 jobs to the U.S. economy in June.

• Average hourly earnings have risen 3.6% from a year ago, which continues the trend of the past two months.

• The nonpartisan Congressional Budget Office said Thursday that the economy was on track to recover all the jobs lost in the pandemic by the middle of next year.

850,000 new jobs, more than a third of which were in leisure and hospitality. Wages are up.

So it turns out that you can find workers, you just have to pay a better wage than in the past because wages of low-wage workers are going up.

Signs of progress as new unemployment claims dropped to their lowest level of the pandemic last week and retail sales surged 9.8% in March.

Jobless claims fell last week to their lowest level of the pandemic and the latest data on retail sales blew past expectations, renewing confidence in a dynamic economic revival.

About 613,000 people filed first-time claims for state unemployment benefits last week, the Labor Department said Thursday, a decrease of 153,000 from the previous week.

In addition, 132,000 filed for Pandemic Unemployment Assistance, a federal program that covers freelancers, part-timers and others who do not routinely qualify for state benefits. That was a decline of 20,000 from the previous week.

Breaking News: U.S. unemployment claims fell to the lowest level of the pandemic and retail sales jumped, signs of a recovery aided by vaccines and economic stimulus. https://t.co/7aM7deoKdG

Still a LONG way to go: 16m+ still on unemployment.

But thanks to the American Rescue plan — faster shots, rescue checks — we are moving in the right direction. https://t.co/EIlejKO5Mm 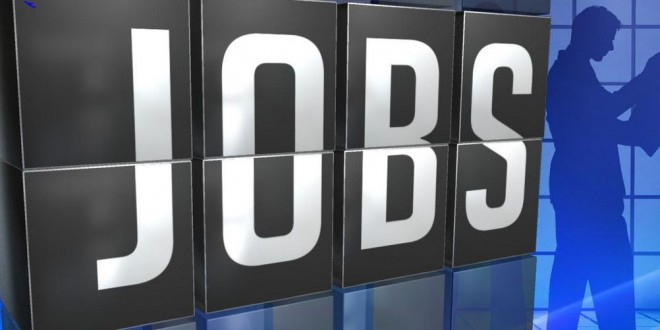 The March jobs report is out and, according to experts, its something of a disappointment.

For the 6th straight month the unemployment rate remained at 4.1%.

Average earnings per hour are up 2.7% compared to this time last year.

The January and February reports were revised down which resulted in 50,000 less new jobs than previously reported.

All of that said, the U.S. economy is showing itself to be in solid shape, as it has been now for 8 years.

This isn’t something new, something that Donald Trump has created. With 90 straight months now of positive growth, it’s notable that the first 76 of those months were heavy-lifting under the Obama administration coming out of the worst economic downturn since the Great Depression.

The good news is Trump’s policies haven’t had a negative effect as we continue on the same trajectory of the previous 7 years before him.

The bad news is wage growth is not being reflected in a way that most economists expect.

Republicans will always tell you jobs mean more money. And certainly having a job means having money.

But considering the healthy economic environment we’re seeing, employers are not passing that on to employees in the form of higher wages.

In light of the current employment market, an increase of only 2.7% in hourly wages is on the measly side.

We’ll see if the possible trade war with China has an impact on the U.S. jobs market in the next 6-8 months.

If you got over-excited about strong growth last month, this report should undo it: Payrolls about 100k below expectations, and revisions subtract another 50k.

Put it together: Over the past 3 months, job growth averaged a more reasonable +202k.

Roughly same as it has for years