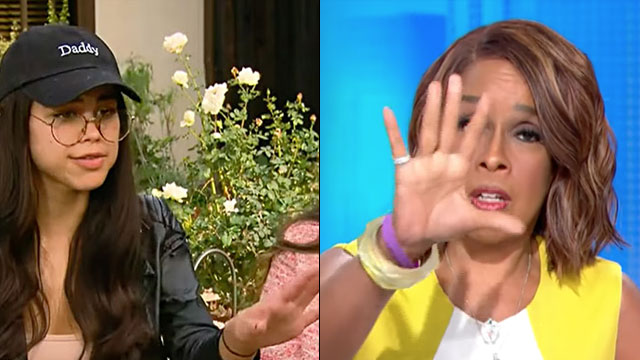 Miya Ponsetto, dubbed ‘Soho Karen’ in the press after accusing a Black teen of stealing her cell phone, was ‘forcibly arrested’ in California Thursday night.

NBC News reports the 22-year-old woman refused to stop her car when the police first contacted her. Upon reaching her home, she resisted arrest and had to be forcibly removed from her car.

During the incident, she tried to slam a car door on one of the officers which earned her an additional charge of resisting arrest.

You may recall Ponsetto garnering national attention when she accused (and eventually assaulted) the 14-year-old son of jazz musician Keyon Harrold of stealing her cell phone in the lobby of the Arlo Hotel in SoHo in New York City.

On social media, Harrold shared video footage of Ponsetto growing hysterical during the altercation that ended with her tackling the teen as he tried to exit the scene.

p.s. turned out she’d left the phone in an Uber and the driver had already returned the phone to the front desk of the hotel.

Prior to her arrest, Ponsetto recorded an interview with CBS This Morning’s Gayle King that aired on Friday morning.

Sitting next to her attorney and wearing a black ‘Daddy’ hat, Ponsetto did herself no favors by deflecting and/or denying practically any wrongdoing in the December 26 incident.

Speaking with King, Ponsetto admitted she could have “maybe not yelled at him like that and made him feel some sort of inferior way and making him feel as if I was like hurting his feelings.”

But describing herself as “super sweet,” she told King she “never, ever meant for it to hurt him or his father.”

And yet, she tackled the teen, so, there’s that…

She also seemed confused as to how assaulting a teenage boy could be seen as criminal.

“I don’t feel like this one mistake defines me,” she added.

When King tried to put Ponsetto’s actions into context – that she’d physically attacked a teenaged boy, she responded, “How is one girl accusing a guy about a phone a crime? Where’s the context in that? What is the deeper story here?”

You’l note that the 22-year-old suddenly refers to herself as a “girl” but the 14-year-old she assaulted is “a guy.” Talk about coded language…

King again attempted to help Ponsetto own up to her actions saying, “You’re 22-years-old, you’re old enough to know better.”

Oh no she didn’t… 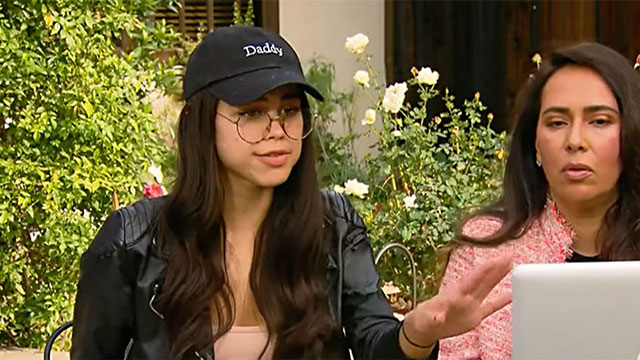 It was at that point that the attorney finally chimed in whispering, “Ok, ok, stop, stop…”

Just to add perspective, Ponsetto was charged with public intoxication and battery at a Beverly Hills hotel last year in February, and also arrested for driving while intoxicated in Van Nuys, California, on May 28.

Miss Thing can get a bit messy it seems.

Ponsetto’s lawyer, Sharon Ghatan, told NBC News her client “suffers from a lot of anxiety attacks” and has concerns that she may be “emotionally and mentally unwell.”

Gayle King shared at the end of her segment this morning that a second part of the interview will air on Monday.

She showed up to that interview with a mid drift tank top, a leather jacket, a dingy hat that says “daddy” and audacity.

A DUI, public intoxication charge and assaulting a child all in one year? Get this her off the streets.

Props to Gayle for keeping her cool as best she could because you can see it in her face that she wanted to rip that little girl a new asshole. I’m wondering what her parents are like having raised a child that shows up to an interview lookin and acting that way… pic.twitter.com/jC2NUGM853

Bish, you jumped on him. On camera. There are no *feelings* here. You actually assaulted a stranger. There is nothing subjective about this.

“I consider myself to be super sweet.” pic.twitter.com/6I9TLREB2R