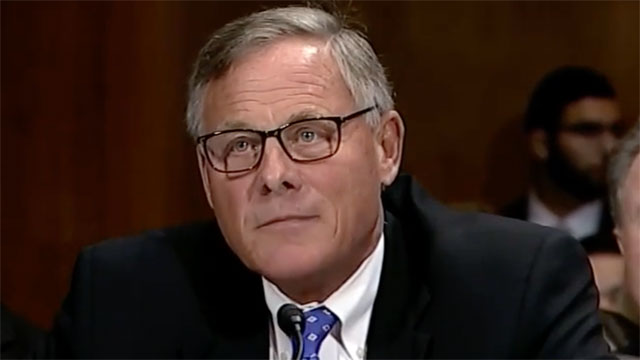 After assuring the public about the government’s coronavirus preparedness, Senate Intelligence Committee chair Richard Burr, in one day, sold off up to $1.6 million in stock. A week later, the market began its fall.

ProPublica reports “Burr sold off a significant percentage of his stocks, unloading between $582,029 and $1.56 million of his holdings on February 13 in 29 separate transactions.”

As the head of the intelligence committee, Burr, a North Carolina Republican, has access to the government’s most highly classified information about threats to America’s security. His committee was receiving daily coronavirus briefings around this time, according to a Reuters story.

A week after Burr’s sales, the stock market began a sharp decline and has lost about 30% since.

His committee was receiving daily briefings.

Additionally, NPR is reporting today that the North Carolina senator “warned a small group of well-connected constituents three weeks ago to prepare for dire economic and societal effects of the coronavirus, according to a secret recording obtained by NPR.”

The remarks from Burr were more dire than any he had delivered in more public forums.

According to the NPR report, Burr told attendees of the luncheon held at the Capitol Hill Club: “There’s one thing that I can tell you about this: It is much more aggressive in its transmission than anything that we have seen in recent history … It is probably more akin to the 1918 pandemic.”

Richard Burr selling all his stock right before a crash while Larry Kudlow and Eric Trump are telling the American people they should buy the dip is the perfect vignette from a career scam artist’s administration.

Reminder: In 2012, the Senate passed the Stop Trading on Congressional Knowledge Act (STOCK Act) by a 93-2 vote. One of the two who voted against it was Richard Burr. https://t.co/gqIaYHeevA