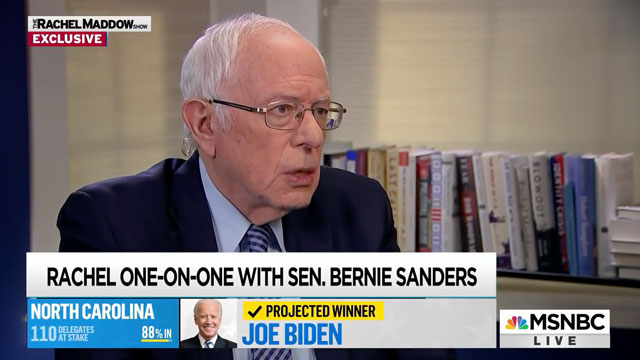 During an interview with MSNBC’s Rachel Maddow, Sen. Bernie Sanders (I-Vt.) was asked about some of the attacks lobbed at his presidential primary opponent Sen. Elizabeth Warren (D-Mass.) during the Democratic primary.

Referencing the tweeting of images of snakes and more, Maddow asked Sanders if he felt that might hurt his campaign’s prospects.

Sanders responded saying he was “actually disgusted” and “aghast” by online vitriol directed at Warren. “We condemn that,” Sanders said directly and without equivocation. “We want our supporters to be [talking] about the issues.”