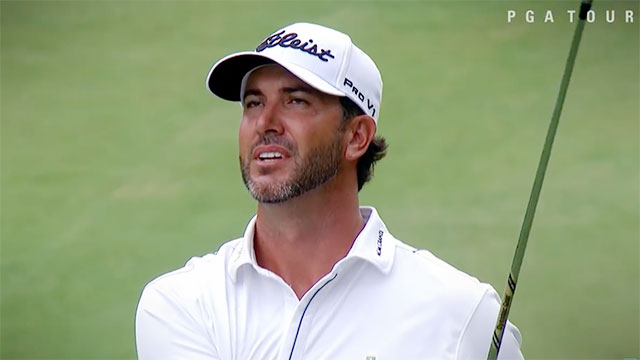 Professional golfer Scott Piercy found out the cost of posting homophobic content online after he shared an anti-gay meme about former Democratic presidential hopeful Pete Buttigieg. Three of his sponsors quickly cut ties with the 41-year-old in the wake of the backlash.

On Monday, Piercy shared a meme on his Instagram account featuring alt-right mascot Pepe the Frog reporting the news for “QNN,” referencing QAnon, the far-right conspiracy theory detailing a supposed secret plot by an alleged “deep state” against Donald Trump.

The headline in the graphic read, “PETER PULLS OUT EARLY FROM BEHIND” with a photo of Buttigieg looking surprised. 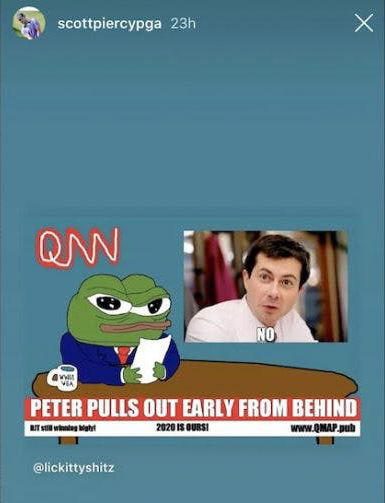 The internet quickly clapped back with many suggesting the post violated the PGA Tour’s conduct unbecoming a professional” mandate.

By Tuesday, Piercy issued a non-apology via social media.

“Whenever i [sic] post my intent is NEVER to offend,” he said. “I want to apologize if any of my recents [sic] story posts have been offensive. I will do better!” 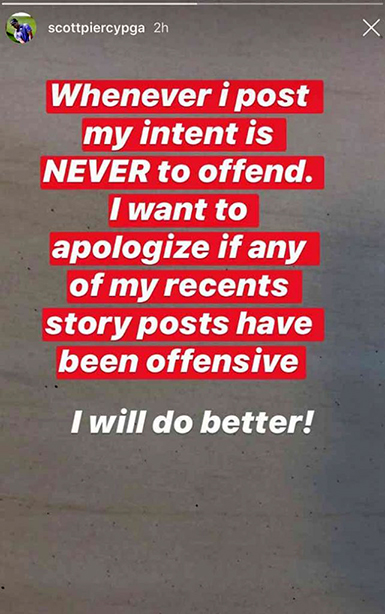 The PGA Tour acknowledged the social media activity telling Golf Digest, “We were made aware of Scott’s post and are disappointed in the lack of judgment used.”

But three of Piercy’s sponsors went further than that.

“As a global lifestyle brand, we strive to support and show our love and compassion for all demographics around the world,” read a statement by J.Lindeberg to GOLF.com. “When we choose our ambassadors, we choose individuals we know will represent us well on and off the golf course. The claims from Scott Piercy were unacceptable and far from our views and beliefs. We have since terminated our contract with Mr. Piercy.”

Although no official statements were released by Titleist or FootJoy, the companies did confirm to GOLF.com that they canceled all business relationships with Piercy following the controversy.