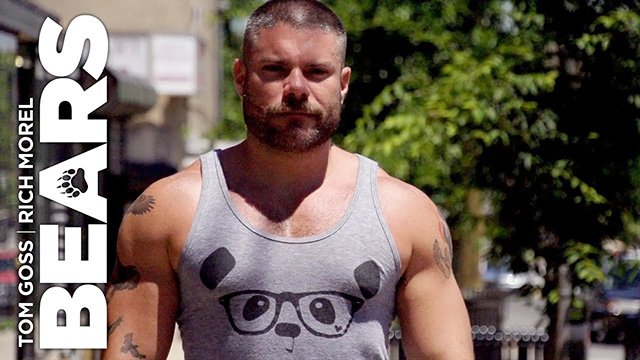 Pride Month includes all of our diverse communities, so I love sharing Tom Goss’s super-fun music video extolling his outright admiration for “Bears.”

Complete with lots of robust, hirsute men playing with Super Soakers, careening down a slip and slide, and dancing in a club (usually in slow motion), the video celebrates all the furry goodness.

Aside from his personal tastes (his husband since 2010 is a self-professed Bear), Tom wanted to showcase the diversity of the gay community in a high caliber production.

“We are overrun with images of perfect men, in perfect clothes and perfect bodies, and as a result, many people doubt their self-image,” says Goss.  “This video showcases what it means to be beautiful and sexy, regardless of size,” he continues.

Even before it’s formal release, the buzz both online and through the production had already resulted in Goss receiving dozens of emails from men thanking him for boosting their self-image.

All things Tom Goss can be found at his official website here.