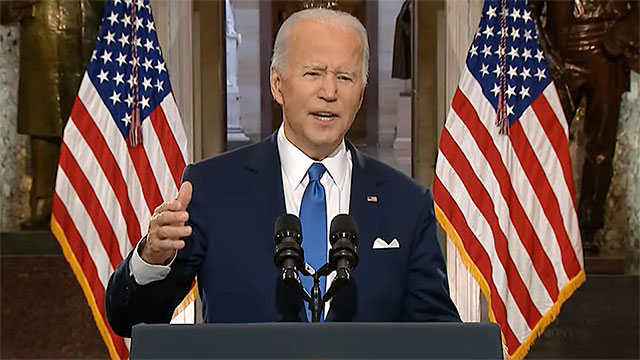 Without ever saying the former guy’s name, President Joe Biden addressed the elephant in the room today as he delivered remarks regarding the violent invasion of the U.S. Capitol building one year ago today.

“For the first time in our history, a president had not just lost an election. He tried to prevent the peaceful transfer of power as a violent mob reached the Capitol,” Biden said. “But they failed. They failed. And on this day of remembrance, we must make sure that such an attack never, never happens again.”

“His bruised ego matters more to him than our democracy.” 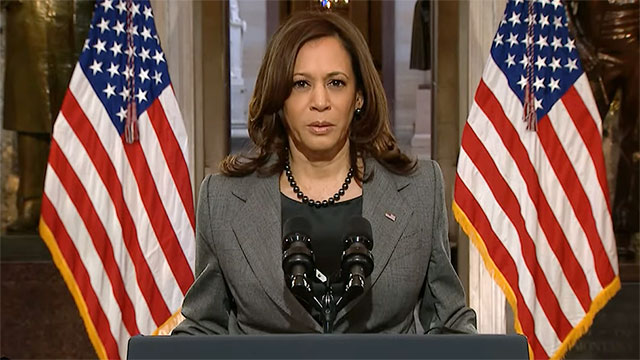 Biden and Vice President Kamala Harris spoke from the U.S. Capitol’s Statuary Hall on Thursday morning, one year after pro-Trump rioters stormed the building in an attempt to stop the counting of Electoral College votes that would certify Biden’s presidential victory.

The first video is a brief recap of Biden’s remarks about the former guy. The second are his and Harris’s full statements.