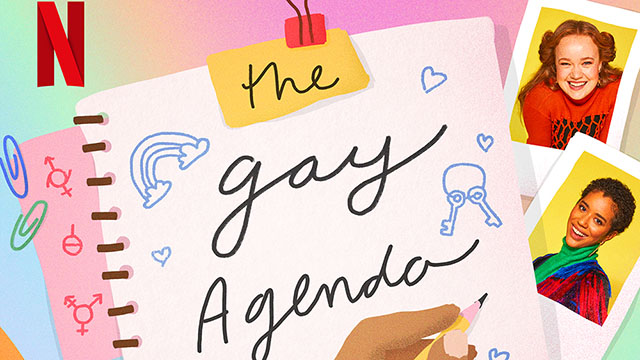 Netflix has announced the launch of its new podcast, “The Gay Agenda,” which will explore the lives of LGBTQ creatives at the top of their fields across different industries.

According to Netflix, the goal will be to celebrate queer trailblazers in the community and champion those success stories “through a loving and humorous lens.”

The podcast is created by lesbian actress, singer/songwriter and podcaster Jasmin Savoy Brown, who appears in the buzzy new hit Yellowjackets and the upcoming Scream reboot.

Liv Hewson, nonbinary actor/comic/playwright, will co-host the podcast as well as handle producing duties. Hewson is also a co-star with Brown on Yellowjackets.

I’m a big fan of podcasts. So much so that I started my own four years ago. I recently dropped my year-end “Best of 2021” episode here.