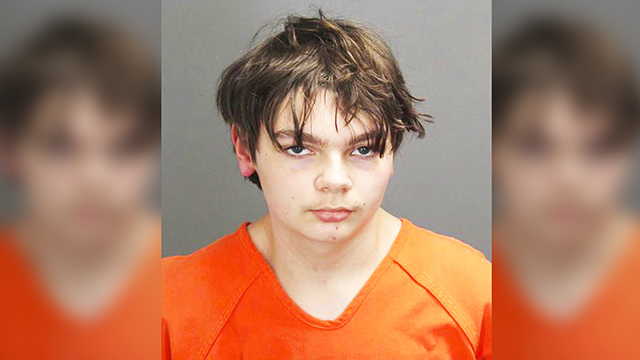 The parents of the 15-year-old accused of going on a deadly shooting rampage at Oxford High School have been charged with involuntary manslaughter in regard to the incident that left four students dead.

The office of Karen D. McDonald, the prosecutor in Oakland County, filed four charges of involuntary manslaughter against James and Jennifer Crumbley, one for each of the students killed.

Law enforcement authorities say that Mr. Crumbley legally bought the 9-millimeter Sig Sauer handgun four days before his son used it to carry out the country’s deadliest school shooting this year. Hours before the attack, he and his wife met with school officials who were concerned about their son’s behavior.

It is unclear how their son, Ethan, obtained the handgun and brought it to school. But law enforcement authorities say he walked out of a school bathroom on Tuesday afternoon armed with the semiautomatic pistol and three 15-round magazines.

Crumbley has been charged as an adult with one count of terrorism, four counts of first-degree murder, seven counts of assault with intent to murder, and 12 counts of possession of a firearm.

Prosecutors also report that young Ethan was searching the internet for ammunition in class and a teacher notified administrators. Afterward, his mom texted Ethan saying, “LOL. I’m not mad at you. You have to learn not to get caught.”

An Oakland County prosecutor says a teacher caught Ethan Crumbley searching ammunition on his cellphone during class, notified administrators, & contacted Crumbley's parents. His mom wrote to his son, "LOL. I'm not mad at you. You have to learn not to get caught." pic.twitter.com/CUahR5w4Io