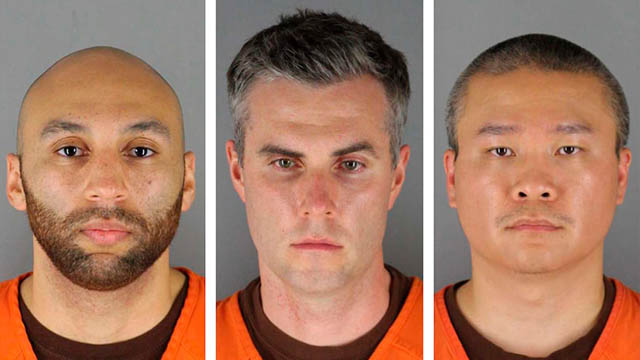 Months after the conviction of former Minneapolis police officer Derek Chauvin for the killing of George Floyd, the other three officers who were present during the incident are going on trial.

Nine months after former Minneapolis police officer Derek Chauvin was convicted of murder and manslaughter in the killing of George Floyd, the other officers at the scene face their turn in the courtroom https://t.co/V71cUPCqRB

Jury selection began Thursday in the federal trial of former officers J. Alexander Kueng, Thomas K. Lane and Tou Thao, who are charged with violating Floyd’s civil rights during the fatal May 2020 arrest.

It is the first of two scheduled trials this year for the ex-officers, who are also facing state charges of aiding and abetting murder and manslaughter in Floyd’s killing. They are set to stand trial in that case in June.

Kueng, Lane and Thao have pleaded not guilty in both cases. All three have signaled through their attorneys that they are likely to blame Floyd’s death on Chauvin, who was convicted in April on state charges of second-degree unintentional murder, third-degree murder and second-degree manslaughter and sentenced to 22½ years in prison.

The federal trial of three former police officers charged in the death of George Floyd is set to begin today with jury selection. https://t.co/O1YUISPpR5